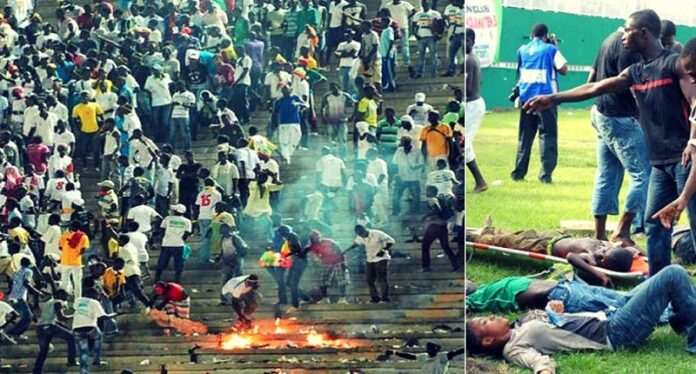 Nineteen years ago today 126 football fans were crushed to death at the Accra Sports Stadium during a match between Accra Hearts of Oak and Kumasi Asante Kotoko.

The game ended 2:1 in favour of Accra Hearts of Oak. But some fans who were displeased with the level of officiating started ripping of chairs at the Ade Coker stand.

Security personnel on duty responded by firing tear gas into the crowd in a bid to stop them but rather it resulted in a stampede and a crushing to death of 126 soccer fans.

A Presidential Commission on Enquiry set by then Kuffuor administration recommended the prosecution of six police officers for manslaughter.

However, they were however freed by the court for lack of credible evidence.