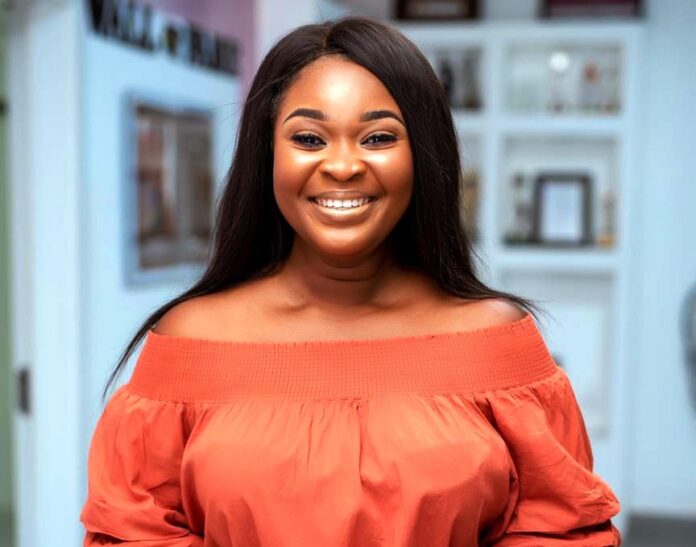 Young actress, Portia Kelly Freelove has said she would turn down a movie role to sleep in a casket.

The beautiful actress said sleeping in a coffin will be a difficult acting role and she is not ready for it.

In an interview with Kasapafmonline.com, Freelove stated that to lie in a casket is very frightening and she would humbly reject that offer in a movie.

Though acting and modelling is her passion, the budding actress revealed that she will never in her acting career go nude for the camera. 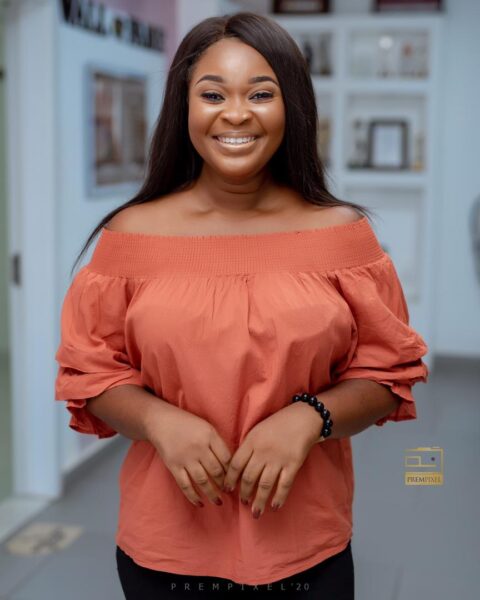 To her, her greatest fear in life is giving up on herself and not able to achieve her dreams.

Portia Kelly Freelove featured in her first movie titled ‘Happy Death Day’ produced by Kafui Danku after she graduated from the Ghallywood Academy of Film Acting in 2013.

She has also featured in movies like Tenants, Ashes of the Past, Who killed Uncle Atta and School Party.

According to Freelove, some major issues of concern in the film industry include distributing platforms, self-interest among industry players and media giving already known stars more attention than up and coming.

The young entrepreneur advised colleague female actors to develop self-discipline attitude towards producers and directors when they are asked for sex in exchange for a movie role.

She mentioned Nadia Buari and Nana Ama McBrown as her favourite actresses and role models in the film industry. She admires actor David Dontoh.

Portia Kelly Freelove was a contestant of TV3’s Date Rush Show. She is an entrepreneur,  marketer and the Chief Executive Officer of Freelove Events, event management providing unique event design and event production for corporate and private events.