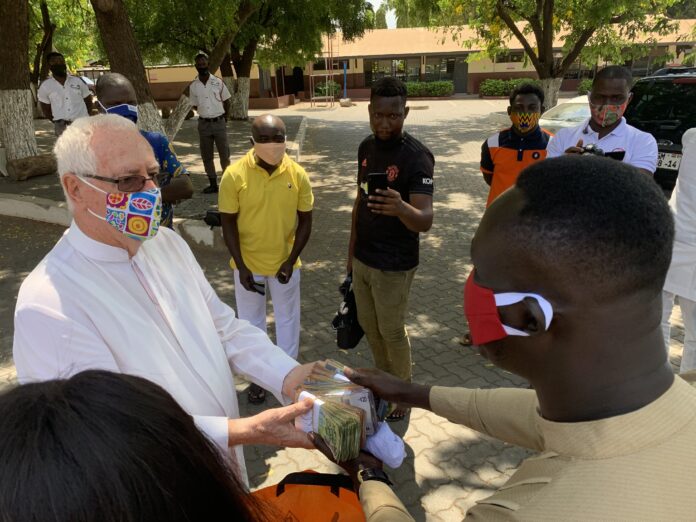 Kasapa 102.5FM’s “Anidaso show” has donated an amount of 31,980 Ghana Cedis to the Weija Leprosarium in Accra.

The donation was made by Host of Anidaso show, Agyenim Boateng who through his show raised the said amount.

‘ I am confident everyone who played a role in seeing this materialise would be extremely blessed ‘- Agyenim Boateng added. 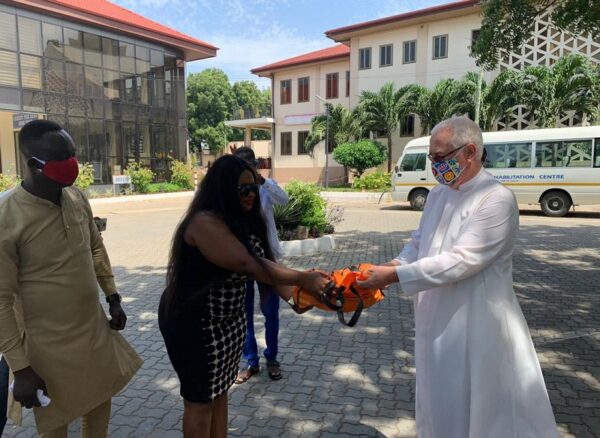 Receiving the cash donation on behalf of the Leprosarium, Rev. Father Campbell said the donation could not have come at a better time because of the COVID-19 pandemic which has taken a toll across all aspects of livelihood.

‘We haven’t received any donation like this through the whole Pandemic. This is wonderful’ – He said

Rev Father Campbell expressed gratitude to the team from Kasapa FM for the donation and prayed for them.

‘To all your listeners, staff and benefactors, we say thank you and God Bless you’ – Father Campbell said to the team from Kasapa FM

He said the money received will be used to buy food items, toiletries and other essential items to Carter for the Weija Leprosariums but others across the country that his office supports.

According to Father Campbell, persons living with leprosy are one of the most stigmatized against in society even after they have received treatment and recovered from the disease.

He said because of the Stigmatization, very few individuals and companies make donations to such facilities but lamented how they needed such kind gestures to ensure the survival of persons living under their care.