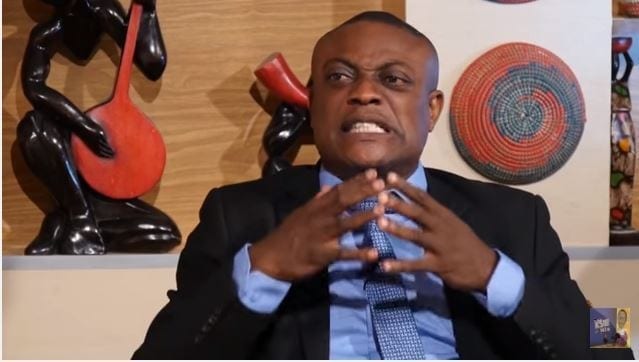 Popular Legal Practitioner, Dr. Maurice Ampaw says he’s utterly shocked that the Minority on the Appointment Committee of Parliament voted against Supreme Court nominee, Justice Clement Honyenuga’s approval even after he being honest to the committee.

The Minority MPs have opposed the appointment of the Appeals Court Judge’s nomination as Justice of the Supreme Court.

They voted against him at the Appointment Committee level after accusing him of political bias after he as a Paramount Chief of Nyabo Traditional Area endorsed President Akufo Addo’s second term bid when he visited his area in February 2020.

But the Chief appearing before Parliament’s Appointment Committee during his vetting, Justice Clement Honyenuga apologized for endorsing President Akufo Addo.

However, the Minority was not moved his apology as the group voted against his approval but the Majority overruled them my 10 to 7 votes.

Commenting on the issue on Kasapa FM Tuesday, Dr. Maurice Ampaw stated that a great disservice will be done to Ghana is such a fine, honest, morally upright, and smart Judge is not approved.

“The Judge is very honest, but sadly Ghanaians don’t like someone who’s honest. So they saw his honesty to be his weakness. The Minority was rather expecting him to come and deny or mount a defence of what he’s reported to have said or perhaps say that the voice was doctored as most politicians always say and getaway.

“I look at it from that angle that since he was honest and apologized that should have been enough for the Minority to vote for his approval after the vetting process. We’ve had MPs who have appeared before Appointment Committee for vetting as Ministers and when they were questioned on some of their earlier statement they said they had no evidence and that it was mere political talk.”

CHRAJ is the most useless institution in Ghana – Dr Ampaw