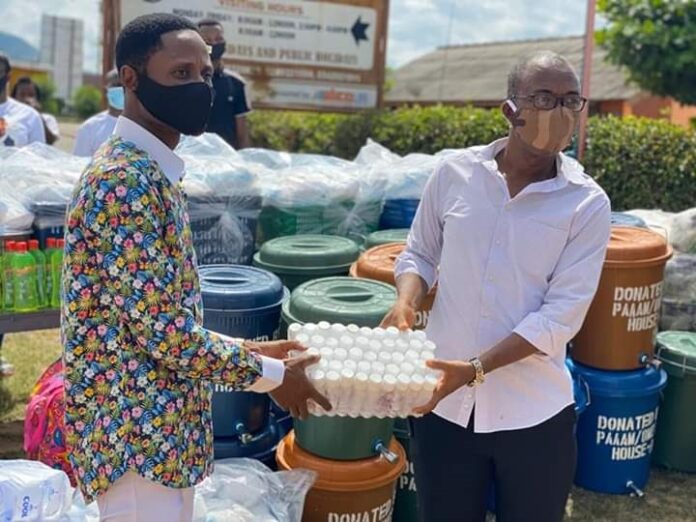 The Head Pastor of Omega House Chaple, Prophet Albert Asihene Arjarquah has donated items worth thousands of Ghana Cedis to the Koforidua Prisons.

“Today is my birthday and for about 5 years I’ve been coming to Koforidua Prisons to be a blessing to them. I believe that they are not supposed to be outcast in the society so we have to show compassion and help relieve them of their plight particularly during this coronavirus pandemic.” 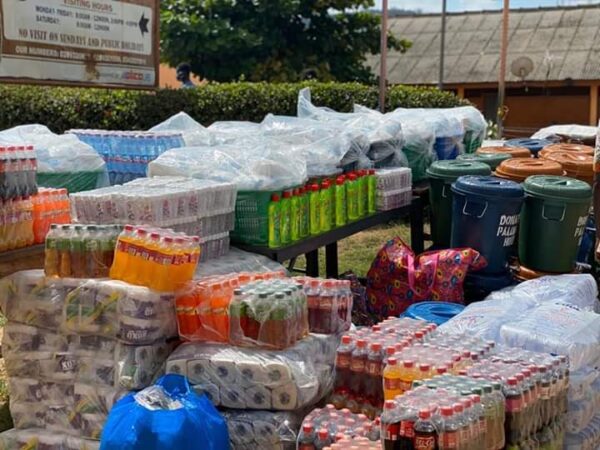 He advised believers not to be too spiritual about the COVID-19 disease and adhere to the preventive Protocols.

The Second in Command at the Koforidua Prisons Assistant Director of Prisons(ADP) Joseph Asabre commended Prophet Arjarquah for his unwavering support to the inmates. He said the Ghc1.80P daily feeding fee per inmate is woefully inadequate hence such donations go a long way to improve the quality of food served the inmates.

ADP Asabre revealed that as part of Ghana Prisons Service’s measures to prevent the Spread of Coronavirus into prisons, the Service has designated specific Prisons across the country to admit fresh inmates.

He said initial quarantine protocol was “a very difficult situation that we had to contend with. Initially, we created a cell where we were holding fresh people for the mandatory 14 days quarantine before we released to the larger prisoner. But that cell is small and in no time gets full and because of congestion we can’t continue to create that cell”

He added that “Our headquarters deemed it fit and in consultation with other stakeholders decided that they have divided the nation into 7 zones so every zone has one prison where fresh admissions are to be taken. So effective May 15, all fresh admissions from Eastern Region, Greater Accra, and central are to be sent to Ankaful Prisons. Similar provisions made for other zones.