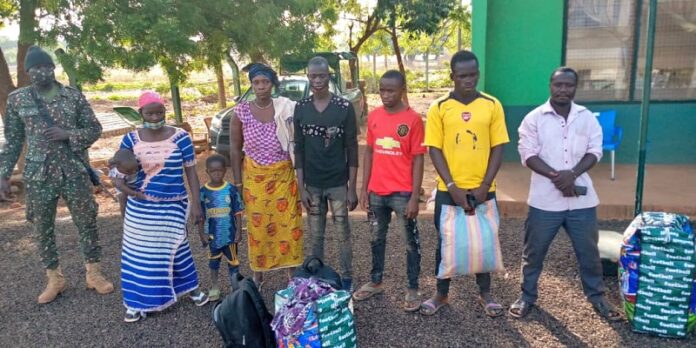 Vigilant Immigration Officials on duty at the Hamile Police Barrier have intercepted six ECOWAS nationals made up of five Burkinabes and a Nigerien.

They compromised four males and two females. Their ages ranged between 20 and 35.

Investigations revealed that they were aided by some defiant okada motor riders into Ghana through an unapproved route.

It was also revealed that the migrants were destined for Kumasi and Techiman respectively for trading purposes.

The suspects were screened by the Port Health personnel before being handed over to the Burkina Faso authorities on the other side of the border at the Hamile border post on Sunday.