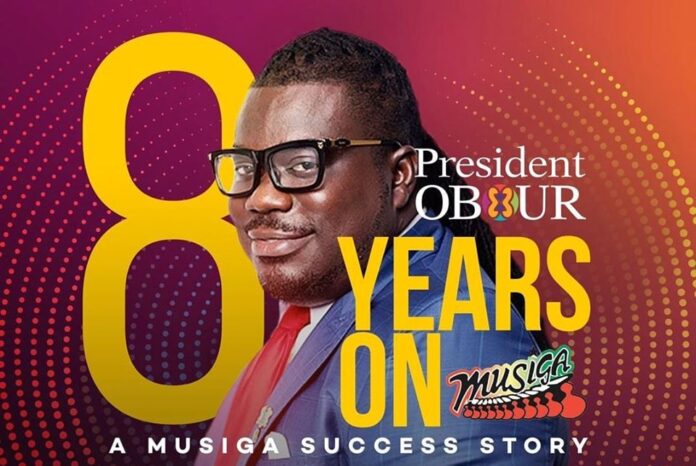 A Documentary on Bice Osei Kuffor known in the entertainment circles as Obour has been premiered on GHone TV.

The video captured the elections in Tamale that resulted in Obour’s presidency from 2011 through to his re-election in Koforidua four years later.

The documentary shows the swearing-in of the youngest ever MUSIGA President and the first set of executives during his first term and the second swearing-in after his re-election.

Other highlights covered by the video include the KPMG study on the music industry in Ghana, the granting of AJUMAPA loans to musicians, the maiden edition of the Ghana Music Fair and the Presidential Grand Ball established by the Union in 2013.

The multiple award-winner is currently intensifying his bid to become a Member of Parliament on the ticket of the New Patriotic Party (NPP) in the Asante Akyem South Constituency in the Ashanti Region.

He has through the Christiana Addo Memorial Foundation set up in memory of his late mother, supported young girls by providing for their educational and personal hygiene needs.

The former MUSIGA President has also led the youth of various communities in the Asante Akyem South Constituency to embark on clean-up exercises. He has also provided poly tanks to some key institutions, including the Juaso Police.