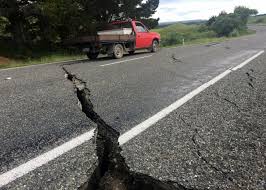 The incident which happened in quick succession around 10:45 pm on Wednesday, June 24, 2020, have left many residents in fear.

Residents who experienced the natural occurrence say they felt strong vibrations which compelled them to run out of their homes for some time.

The incident has been reported in other parts of the world including New Zealand, Mexico and Papua New Guinea among others.

The Ghana Geological Survey Authority (GGSA) has  forecasted a major earthquake along the fault line of Accra.

Ghana’s traditional fault line is reported to be on the McCarthy Hill through to the Accra Central route.

In 1939, Ghana recorded a major earthquake that caused cracks on buildings in some parts of Accra.