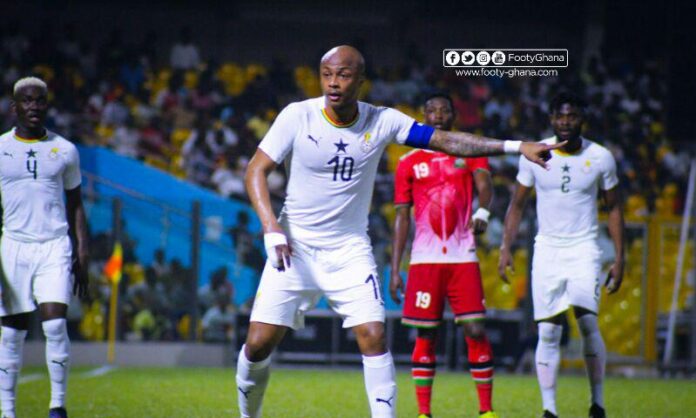 There are some people who are born leaders and such people are easily identified by their traits right from infancy and that’s the exact words of John Paintsil when he shared his views about Andre Ayew’s captaincy.

Paintsil in an exclusive interview with Adam Adjei on Kasapa FM’s Dwidwamu Sports show said he saw great leadership qualities in Andre Morgan Rami Dede Ayew when he got his maiden call up into the Black Stars in 2008.

John Painstil speaking to Kasapa FM said “ Dede Ayew was born a leader and no matter how people see him whether good or bad he was born to lead. So it wasn’t surprising he was named as the captain of the senior male national team the Black Stars.”

Paintsil reminiscing on past events revealed how Dede was always giving the team morale support both on and off the pitch during the 2008 AFCON even at that tender age of 17.