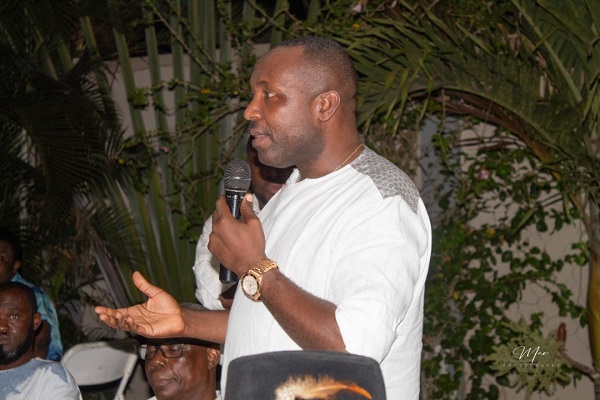 The Dynamic Youth Movement Of Dormaa and the Young Professionals Group of Dormaa (YPGD) have expressed their dismay at what they described as the unprovoked attacks and “naked” insults on Osegyefo Oseadieyo Agyemang Badu (Aduana Piesie), the Paramount Chief of the Dormaa Traditional Area.

They pointed out that John Boadu, the General Secretary of the ruling New Patriotic Party, is expected to be meticulous and well informed on issues of national interest before venturing to express pedestrian opinions, which do not befit his position as the Chief Executive of the party in government.

They said, Mr. Boadu, and his executives and government officials without cross-checking their information with Osegyefo Oseadieyo Dr. Agyemang Badu regarding a courtesy call on him by the Inter Party Resistance Against The Compilation Of New  Register (IPRANR), jumped into the media and started casting aspersions against the much-respected King of the Aduana clan.

The Dynamic Youth Movement Of Dormaa (DYMOD) and Young Professionals Group Of Dormaa (YPGD), said having carefully noticed the gross disrespect and unwarranted attacks heaped on the person of the Dormaahene anytime he shares his opinion on national issues by some elements of the New Patriotic Party (NPP), think it is a well hatched plan from the “top” and can no longer be entertained.

“Such clear display of impudence by John Boadu and his cohorts will be faced the next time with fierce opposition with equal measure of disrespect”, they warned.

“It is worth noting that, because of John Boadu’s reckless comment, another member of the NPP, one Abronye, has also spoken and made  ’empty-like’ analysis on the wise counsel of the revered Paramount Chief.

“For the avoidance of doubt, Nana, has been a member of the bar and bench for over two decades, and people, just because of party politics, cannot talk back at the respected and learned High court Judge,” the groups said.

They noted that Dormaahene at no point in expressing his views on the Electoral Commission’s (EC’s) attempt to compile a new register said he will ban the EC from exercising it’s constitutional mandate on his land.

Dormaahene did not also express a vague opinion on the voters’ register but rather professed his traditional, constitutional and wise counsel on why he thought compiling a new voters’ register at this period would not help promote the hard-earned peace and stability as a country and called for concensus building.

In a statement, they said, “Upon careful analysis of the reckless statement by John Bouadu directed at the  person of the Dormaahene, ‘we,  the Dynamic Youth Movement Of Dormaa demand;

“We wish to send a word of caution to Mr John Boadu not to come with Kwame Baffoe to the Dormaa palace since his safety cannot be guaranteed’.

“The aforementioned groups, having served this notice will be left with no option than to invoke the necessary remedial measures in respect of the unfortunate incident if the New Patriotic Party and Mr.John Boadu refuse to comply with these requests.”

The statement  was signed by the following;

2020 Election: There’s no way we won’t have a new voters register – Boadu