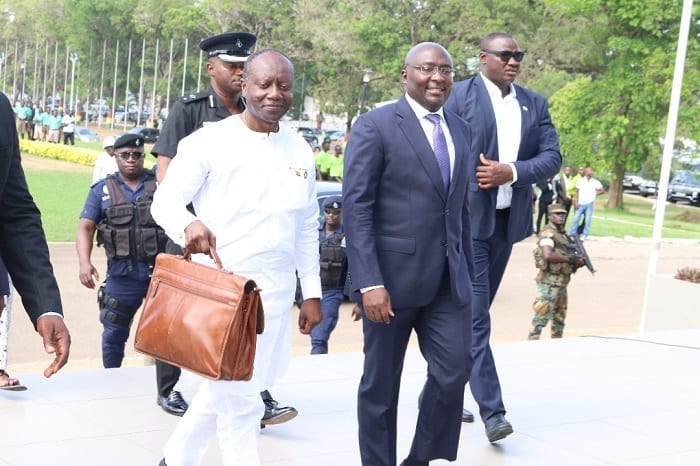 There is renewed agitation among customers of financial institutions whose licenses were revoked about two years ago.

The frustration is over what they describe as false hope after assurances by President  Akufo-Addo in December last year, which was firmed in his State of the Nation Address in Febrary this year that by an Executive Instrument, the Finance Minister, Ken Ofori Atta has been instructed to release GHC15.6 million for payment of all depositors.

Research Fellow at the Institute for Fiscal Studies, Adu Owusu Sarkodie describes the development as very unfortunate. In his opinion, while government’s resolve to pay all depositors funds is welcome, its decision to convert a sizeable chunk of the locked up capital, especially for corporate bodies and heavy investors into bonds without their input is worrisome.

Mr Owusu Sarkodie who is also a Senior Lecturer at the Department of Economics, University of Ghana told the media “Most of those affected are companies, which would otherwise have reinvested their savings but have been compelled to lay off staff, with serious implications on their survival. In one MFI alone, about 1,000 staff were laid off”

He noted with concern that the Receiver had earlier notified the public government was still to raise 15.6 billion cedis to pay customers.

Mr Owusu Sarkodie questioned why government is not releasing all the money to affected customers as announced and especially when they are not directly responsible for the crisis.

The Institute of Fiscal Studies official expressed disappointment in the twist of events.

He further stated  “Many expected that if a depositor had 1,000 cedis locked, he will get all cash back, or those who had huge savings will get payback with interest. But this is not what we are seeing.

“Those with more than 20,000 cannot withdraw all. Bonds with 5-yr maturity date has been forced down their throat without considering how that will impact on their businesses, ongoing projects, staff, survival among others”.

He stressed the payment regime raises questions especially as it creates the impression government is forcing depositors to lend it their money even if they are not willing.

He observed that but for how the Reciever is managing the payment, depositors could have decided to withdraw all their money for investment elsewhere or into other pending projects.

“Imagine someone wanted to inject capital in his or business in the wake of COVID-19 and cannot have immediate access to his own funds..That would mean hell and this will have a long term effect on Ghana’s GDP”

It will be recalled that the President, in the 2020 SONA address said over 13 billion cedis was to be spent on over 14 million customers affected after licenses of some financial institutions were revoked.

“I will like to repeat that all depositors of the Savings and Loans companies, as well as Micro Finance Institutions including DKM which collapsed in 2015, will receive 100% of the deposits once they are validated.”

The BoG on 14 August 2017, approved the takeover of UT Bank and Capital Bank, by the state-owned GCB Bank Limited.

Where’s our money? – Aggrieved depositors cry out to Akufo-Addo