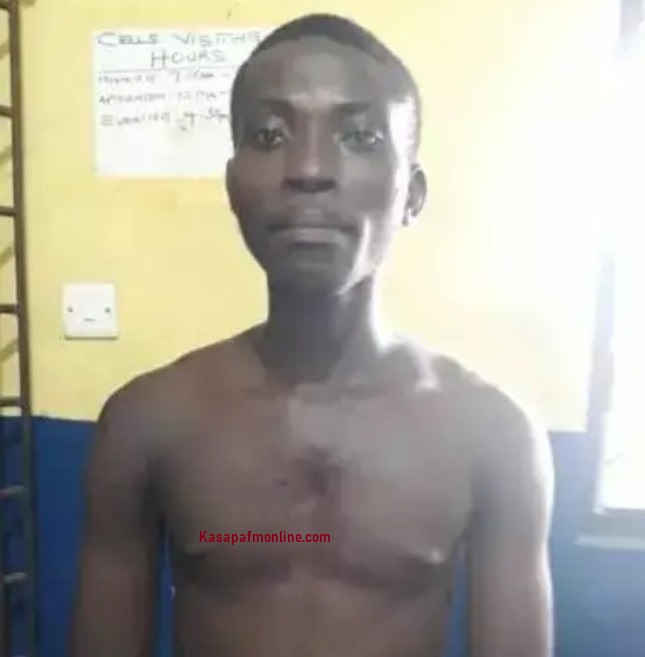 He allegedly kidnapped the children on the 6th of June, 2020 at Ametoe a suburb of Komenda in the Central Region.

Giving the facts of the case, the Public Relations Officer (PRO) of the Central Regional Police Command, DSP Irene Oppong said: “On 6th June 2020, the Komenda police station received a complaint from one man named Paa Ekow Eduam that his child and a friend both six- years old were on a playground within the area and later decided to pay their grandfather a visit and since then they have not heard from them again.”

The man added that “he later received a call from someone with a strange number demanding for a ransom amount of ¢6,000 before his children would be released.”

“On that faithful day, the Komenda District Police worked hand in hand with the Regional Police Command and the community members which enabled them to rescue the children,” DSP Irene Oppong said.

Investigations have started into the case and the suspect will reappear in court, come 25th June 2020.

Tadi Kidnap: We need the remains of our Girls – Families demand