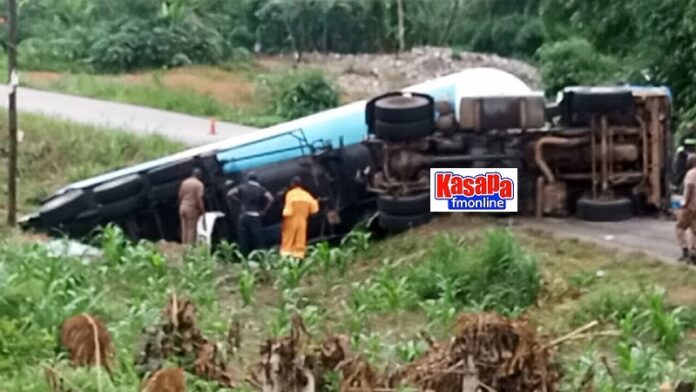 Two persons have been confirmed dead after a gas tanker crashed into a passenger vehicle at Gomoa Osakrom in the Central Region Tuesday.

Others who sustained injury have been taken to the hospital for treatment.

Information gathered indicates that the gas tanker was coming from Accra to Agona Swedru to offload the Gas while the passenger vehicle was also coming from Swedru heading towards Winneba.

A distress call was placed to the Fire Service who came in to rescue the trapped passengers and tow the vehicles from the ditch.

Meanwhile the District Chief Executive for Gomoa Central Hon. Benjamin Kojo Oto has pleaded with drivers to drive with care especially as we’ve entered the rainy season to avoid accidents.