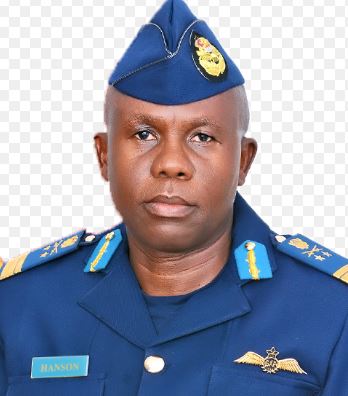 The Chief of Air Staff, Air Vice Marshall Frank Hanson, and the Ghana Air Force have been cited for contempt of court in a land litigation case.

The Commercial Division of the Accra High Court which was expected to hear the contempt application today rather adjourned to July 9, 2020, to allow the Attorney General’s office to file its processes.

NASTEC Ghana Limited, in May this year filed a contempt application against the respondents- Ghana Air Force, Chief of Air Staff for defying a court order which restrains them from developing a parcel land which is a subject of litigation before the court.

The one-acre land (in question) situated at Labone near the Ghana Free Zones Authority Headoffice was fully and dully acquired by NASTEC Ghana Limited, a private security company from the Lands Commission and it shares a boundary with the Chief of Air Staff’s residence.

Per the affidavit in support of the contempt application, the Commercial Court on 18th May 2020, considered an application for contempt and restrained all parties in the suit- NASTEC, Chief of Army Staff and Ghana Air Force from interfering with the land, the subject matter of the dispute.

*That the restraining Orders are very clear and all the parties and their representatives have actual notice that they have all been restrained from dealing with the land in any way until the final determination of the matter.

*That whilst the matter is still pending in the honourable court the 2nd Defendant(Ghana Air Force) and 3rd Defendant(Chief of Air Staff) have flouted the Orders of the Court and have sent workmen and building materials to the land, the subject matter of the dispute and carrying out construction works at a frenetic pace in clear violation and disregard of the Orders of the Honourable Court.

*That the 2nd and 3rd Defendants who have the penchant for using armed soldiers to intimidate the Plaintiff on the land cannot be prevented from their illegal acts in any other legitimate way unless the coercive powers of this honourable court are invoked.

*That the posture of the 2nd and 3rd Defendants are aimed at nothing but to interfere with the administration of Justice.

*That the 2nd and 3rd accused Defendants have behaved and acted and still behaving and acting in such a manner to show utter disrespect for this Honourable court and so they deserve to be committed for contempt of court and sent to prison.

During the hearing at the Commercial court today, the Attorney General’s Office responded to the pleading by the plaintiff.

The case has been adjourned to 9th July for ruling on the contempt of court application.Source: