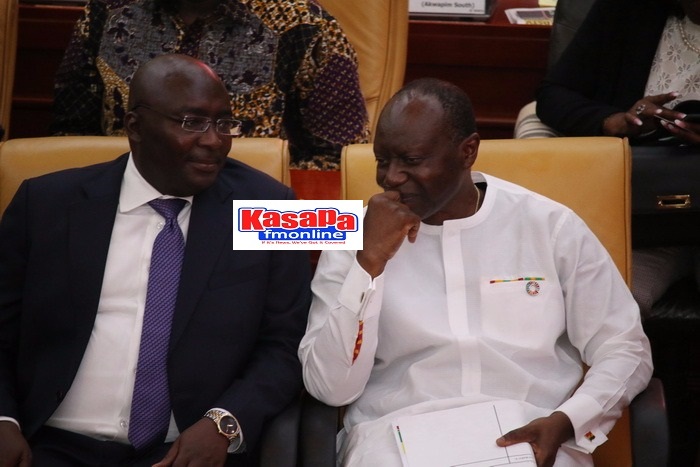 Despite the coronavirus pandemic biting economies around the world hard, with many seeing a contraction – especially the developed ones, Ghana’s economy was able to withstand the destructive power of the disease, as it rather experienced growth; albeit slower than same period the previous year – thanks to the information and communication sector.

In the first quarter of 2020 the pandemic decimated economic super-powers like the United States, which saw a contraction of 4.8 percent; China also shrunk for first time in almost three decades, by 6.8 percent; the UK also experienced its biggest fall since the financial crisis in 2008, contracting by 2 percent; and Singapore contracted by 2.2 percent. But little Ghana, which has an economy only a fraction of the countries mentioned, on the contrary grew by 4.9 percent in the midst of the pandemic.

The sector credited with pushing growth to that level is information and communication, which grew astronomically at 77.4 percent – with its percentage contribution to the Q1 GDP hitting 42.7 percent.

Overall, the services sector maintained its position as largest contributor to GDP, growing at 9.5 percent. It was this time followed by the agriculture sector, which grew at 2.8 percent – catapulted unusually by the fishing sector which has performed abysmally for some years now. The Industry sector rather trailed, growing at 1.5 percent in the first quarter.

Despite impressive growth in the first quarter, analysts say it is too early to assess the pandemic’s impact on the economy as the country recorded its fist case of the deadly disease late into the quarter; meaning data captured cannot reflect the true effects of the pandemic’s impact compared to countries which recorded cases earlier in the year.

Director of the Institute of Social, Statistical and Economic Research (ISSER) at the University of Ghana, Prof. Peter Quartey told the B&FT: “The analysis should be put in context. Ghana recorded its first case of the virus on March 12, and that is just 18 days to end of the first quarter. So the data didn’t capture all the pandemic’s effects and the interventions made by government. The real effect will come in the second quarter. It is only after the second quarter that we can say we have escaped from a recession if the economy grows again”.

An economist at Data Bank Research, Courage Martey, also made similar comments when interviewed by the B&FT. He said: “When you look at the quarter-one growth and compare it to same period last year, that is a sharp drop. It tells you that the impact of COVID-19 as at quarter-one has just started hitting our economy.

“So, the quarter-one growth doesn’t capture the full story of what is to come, because the data didn’t capture the lockdown and its effects. The lockdown started in April, and so what we should be looking out for is what the subsequent quarters will bring. That is what will give a true picture of the pandemic’s effects on the economy.”

Finance Minister Ken Ofori-Atta has said that the deadly global pandemic will cause Ghana’s economy to see GDP growth decline significantly – to 2.6 percent from a projected 6.8 percent – if there is an outbreak of the disease in the country; and further tumble to 1.5 percent should the country go on a partial lockdown.

For Mr. Martey, it is unlikely that Ghana will see a contraction considering the make-up of its economy.

“If you look at the overall forecast for developed economies, you will arrive at the conclusion that Ghana’s economy is not projected to contract. So the positive growth we are seeing in quarter-one is in line with expectations that Ghana should not contract this year despite COVID-19, even though the advanced economies are going to contract. This is because Ghana has an export base that is more diversified than our peers like Nigeria and Angola, which are more concentrated on one commodity,” he said.

Health workers to be among the first to receive COVID-19 Vaccine – Dr. Oko Boye