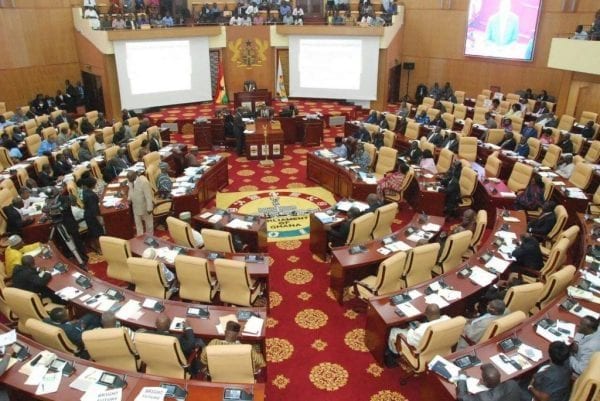 Myriads of Ghanaians are calling for the closure of Parliament after the Minority in Parliament made a similar appeal.

In his quest to help prevent the spread of the COVID-19 pandemic in the Parliament of Ghana, the Speaker, Professor Mike Oquaye ordered that Members of Parliament and staff should be tested for the virus, but the outcome of the tests has generated a bitter dissension which is threatening to carve-up the House.

While media reports which was collaborated by the Minority Chief Whip, Alhaji Mubarak Mohammed Muntaka have it that two parliamentarians and 13 staff have so far tested positive for COVID-19, the Majority Leader, Hon. Kyei Mensah Bonsu and Kate Addo, the Director of Public Affairs of Parliament have denied the claim. This has left the general public with apprehension on why Parliament wants to conceal COVID-19 results.

The case count of the virus in Ghana has risen to 7,616 and though the death toll of 34 is relatively low as compared to that of many countries, stigmatisation has been a serious problem. Recovered patients have not been willingly accepted by their own families, friends and communities. There are reported cases where some convalesced patients have lost their jobs. And this has made the pandemic a grisly affair which many people are running away from.

On Sunday May 10, 2020, Ghana’s President Nana Akufo-Addo said in a broadcast that a worker at an industrial facility in Tema infected 533 other workers at the facility with the coronavirus. And not too long ago two workers at the Jubilee Field operated by Tullow Oil who tested positive for COVID-19 infected 50 more workers after contact tracing was done.

It has, therefore, become exceedingly necessary for Parliament to lead by example in the management of the virus as exhibited by some other world leaders; scores of whom have announced that they have contracted the virus. These include: Prince of Wales, Prince Charles; Russian Prime Minister, Mikhail Mishustin; Iranian Vice President, Eshaq Jahangiri; UK Prime Minister, Boris Johnson; Nigerian President, H.E. Muhammadu Buhari’s Chief of Staff, Abba Kyari, just to mention a few.

Many more Ghanaians have added their voices to the call for Parliament to shut down, and they think it is an unquestionably good thing for the august house to do. According to Mr. Kwadwo Aduborfour, a tutor at a Senior High School in Kumasi in the Ashanti Region, there is the need for Parliament to close down for the status of members and staff to be determined. “Knowing the status of our MPs and parliamentary staff will be a feat of lasting value. The gravest risk for Parliament is for the virus to spread. It’s better to close down for two weeks to find a solution than things getting out of hand which could take several months to resolve,” he said.

The distinguished legislators must not take the threat of COVID-19 for granted. It is a worrying situation that needs urgent attention. They can help – and have reason to.