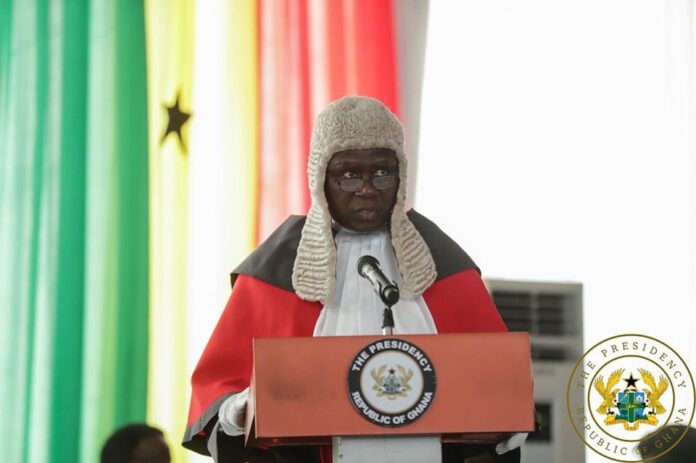 A member of the Constitutional, Legal and Parliamentary Affairs Committee of Parliament Rockson-Nelson Dafeamekpor wants the Chief Justice to allow a televised broadcast of the landmark case between the NDC and the Electoral Commission over the voters’ register currently at the Supreme Court.

The South Dayi lawmaker says the appeal is hinged on the high public interest in the matter.

“In view of the high level of public interest in the above case before the Supreme Court, I am calling on the Chief Justice to order a Live Broadcast of proceedings in the matter in accordance with established principles and precedence.

“The outcome of this case before the Apex Court has far-reaching ramifications for every Ghanaian. Having regard to the spirit that led to the live telecast of the 2012 Election Petition case in 2013 involving the current President and the Electoral Commission and HE. John Dramani Mahama, I will urge the Supreme Court (as presently constituted) to place the same interest and spirit in allowing the public to have a clear understanding of the legal proceedings that would lead to the final determination of this very important matter.

“Indeed, my call is in consonance with the same Court’s ruling sometime in April 2013 when a similar question arose. After long drawn out arguments, the Court agreed that the Election Petition be televised live. Atuguba JSC (as he then was) delivered the ruling of the Court and stated inter alia that “elections in the country comes with a lot of tension and acrimony and therefore it was proper for the proceedings to be telecast live on TV”.

It added: “It will therefore be in the public interest, and would help in the public’s appreciation of the issues in dispute and the adjudication process, for the proceedings to be telecast live.

“The general public has discussed this issue with varied interests on the matter. Understanding that various discussants have their unique appreciation of the matter, and having understanding of the Court’s ability to look critically into the matter and to make a determination that reflects the collective interest of the general public, I believe carrying the public along from beginning to the end of this matter in a live telecast, would take away any form of doubts that some individuals may hold. This matter is simply too critical to be heard at the blind side of the people”.