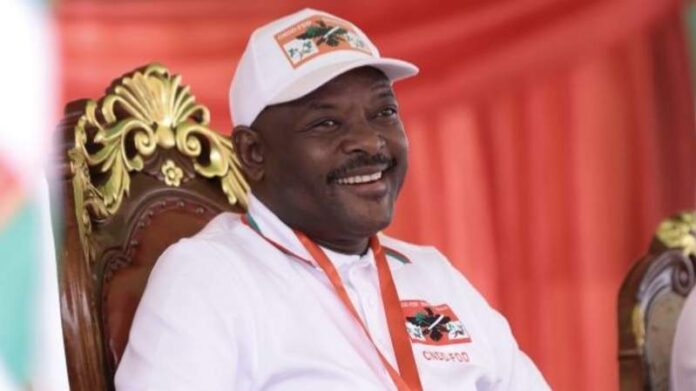 Former Burundi President Pierre Nkurunziza – who ruled for nearly 15 years – will be buried on Friday in the capital, Gitega.

The government said he died of “cardiac arrest” almost two weeks ago. He was expected to officially hand over power to his successor who won the elections held in May.

He was destined to be crowned the “Supreme leader of patriotism”.

The government has urged the public to be on the roadsides and give him respect as his hearse travels from Karusi hospital where he died, to Gitega stadium, for the last honours.

Mr Nkurunziza, who some accused of overseeing “a brutal regime”, spent most of his last years in office preaching more than he engaged in politics.

On several occasions, he would repeat that “God was given the first place in Burundi”, but would also remind what he called “enemies of Burundi” of God’s “iron fist”.

In the last five years, President Nkurunziza boasted in his speeches to have boosted the economy, started seven hydroelectric dam projects, built hospitals, schools and launched a youth bank.

Burundi’s Evariste Ndayishimiye is sworn in as president