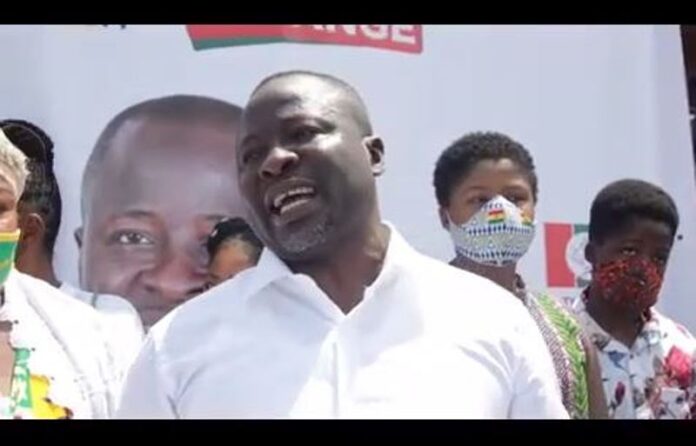 An Aspirant disqualified by the Parliamentary vetting Committee of the ruling New Patriotic Party (NPP) in Fanteakwa North Constituency of the Eastern Region has declared his intention to contest the 2020 Parliamentary polls as an Independent Candidate.

His declaration comes at the back of warning by the Eastern Regional Executive of the NPP that, the party will deal with any aspirant who goes Independent through both legal and physical means.

Moro Sakyiama Yakubu was the only contender who was challenging the incumbent Member of Parliament Kwabena Amankwa Asiamah but was disqualified.

The disqualification of the aspirant has since sparked agitation among supporters of the party in the Constituency.

A week ago, over 300 Polling Stations and some Constituency executives held a press conference calling on the National Executive Committee of the NPP to reconsider the decision to let their Member of Parliament Hon. Amankwa Asiamah go unopposed.

According to the aggrieved Polling Station Executives, the MP has lost popularity among electorates in Fanteakwa North hence imposing him on the people would be disastrous.

Addressing the media in Begoro on Thursday, June 24, 2020, the disqualified aspirants Moro Yakubu said he was disqualified purely on tribal basis that some individuals insisted they will not allow any Akan to be MP in Fanteakwa North.

Moro who is Chief Executive Officer of a gold mining company said, he is ready to face the consequences as a result of his decision to contest as Independent Candidate by his party -the NPP to ensure victory ahead.

He said the people of Fanteakwa are yearning for change due to abysmal performance of the MP who is going for his fourth term but has nothing to show.

Some supporters and Polling station executives of the NPP who have declared support for the Independent candidature says they will vote skirt and blouse.