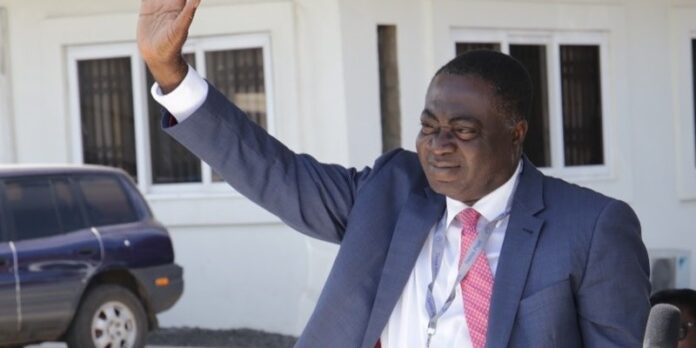 Lawyer Edward Kofi Osei is under intense pressure by some influential Chiefs and opinion leaders of the Sekyere Kumawu district in the Ashanti region to contest the 2020 general elections as independent parliament candidate in Sekyere Kumawu Constituency.

About 20 sub-Chiefs among other Assembly members in the Constituency are said to have met the former New Patriotic Party (NPP) United States of America (USA) branch chairman in his private residence at Dadiase while other big chiefs invited him to their palaces to lobby him to consider the responsibility in the interest of Kumawuman.

The Chiefs say the re-election of the incumbent MP as the NPP’s parliamentary candidate doesn’t represent the larger majority of the constituent but rather few greedy delegates of the ruling party who have sold their conscience for money instead of developmental needs of the constituency.

The disappointed chiefs have promised to lead a formidable campaign against the elected NPP parliament candidate if the offer is accepted by the die-heart member of the party.

However, speaking with Angel Ofori Atta aid to Lawyer Edward Kofi Osei said he has rejected the call from the traditional and other interest groups in the constituency for his boss to contest as an independent parliamentary candidate in the constituency.

“Yes the traditional leaders and the opinion leaders called on lawyer to contest as an independent candidate but he has rejected the call from the constituent. Lawyer as former constituency chairman of the party in the USA wouldn’t do anything that will affect the peace of the constituency. So case close lawyer won’t contest period.’’

He added, the focus of Lawyer’s campaign team, for now, is to rally behind the parliamentary candidate to encourage the constituent to come out and fully participate in the voter registration exercise which will commence on Tuesday 30th June, 2020.

“Lawyer has directed me to call all our campaign team members to fully support the constituency executives to bring out all the electorate to register in the voter’s registration exercise. Our cars including our PA vans will be released for the exercise. Lawyer is committed to sponsoring that to ease part of the burden on the party and our parliamentary candidate Hon. Phillip Basowah’’ he disclosed.