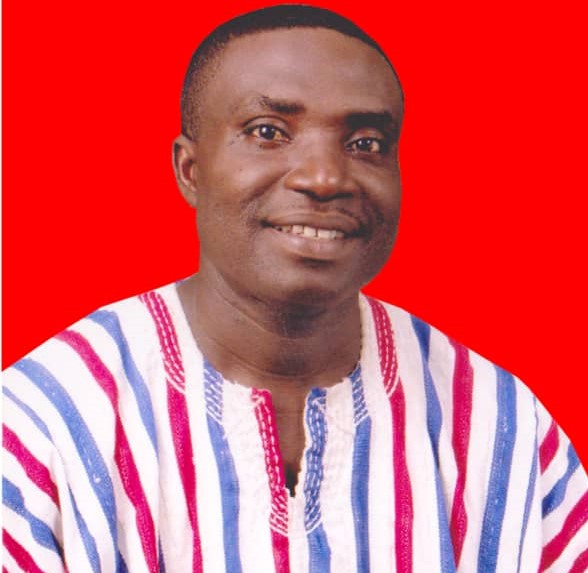 The defeated Member of Parliament for Mpohor Hon Alex Agyekum says despite paying double the amount his other contestant, John Saanie paid to delegates during the recent New Patriotic Party (NPP) primaries, he still lost.

“…If it is development(in Mpohor) that delegates stood on to vote, then no one can fault me …delegates will not have any basis…from Mpohor, Dominase, Trebuom, Manso, Adansie line, Mampong, Abotare Yie to Edanwiredukrom I made electricity be extended there in 2014. In about 12 communities where there are no lights I have made them erect poles and only left with the cables. It was only one community that was inaccessible, Angu Domeabra; I used my common fund to hire a bulldozer to carve a road that tricycles (aboboyaa), taxis, tipper trucks ply; so for development, Kwame, delegates cannot fault me. At Dominase, the town used to be flooded, I collaborated with Benso Oil Palm Plantation (BOPP) using an excavator to divert Butre river and you are aware…so for development no one can fault me,” the embittered defeated MP lamented.

He also stated that he has helped in raising the morale of the members of the NPP in Mpohor during his tenure.

“ …no one can say as at Saturday June 20, the day of elections, the chances of the NPP as against other political parties were low. So if you sum up all these and assess the voting direction of the delegates, then it means they voted for other issues apart from development that they themselves can pinpoint…so if all I have enumerated are the key points that they will use to vote, then no one can find me lacking, reason I’m saying they may have voted for other reasons apart from development.

“Let me, however, say this though it is unofficial, it is glaring that when there is voting, monies exchange hands; and when it comes to that too, the delegates themselves will bear me witness, the motivation I gave them ” to use to buy water”; what my opponent(John Saanie) offered, I offered twice that amount so what could they have used to vote against me? Maybe someone will say such inducements are illegal but nobody in Ghana here will act like an ostrich that any voting at any level from the national level to the regional level to whatever; parties like NDC, NPP; if you are vying for a position you cannot say you will not pay something to delegates, at least something small for water(sic) so if someone will say because my opponent gave one and I gave half or quarter so that was what went against me in the voting, that is not the case.

“So let me repeat, Kwame, that maybe the delegates themselves will tell you what they based their vote on. Some have begun calling me saying they do not know what came over them and I tell them no one must say they were jinxed or spiritually captured by their hands being held to vote without they knowing what they were voting for and I tell them they have shown that they are ungrateful for all I did so someone must continue from where I have reached. I can only thank you and we surge forward by supporting the NPP.…” Hon Agyekum further lamented.

The defeated Mpohor Legislator who is also the Chairman of the Parliamentary Select Committee on Youth and Sports denied reports of he demanding for monies he paid delegates on voting day saying he would not have stooped that low and anyone who may have acted in such manner using his name was unauthorized by him.

The incumbent Member of Parliament of Mpohor polled 100 votes losing to John Saanie his contender who polled 192 in the June 20 primaries in Mpohor in the Western Region.