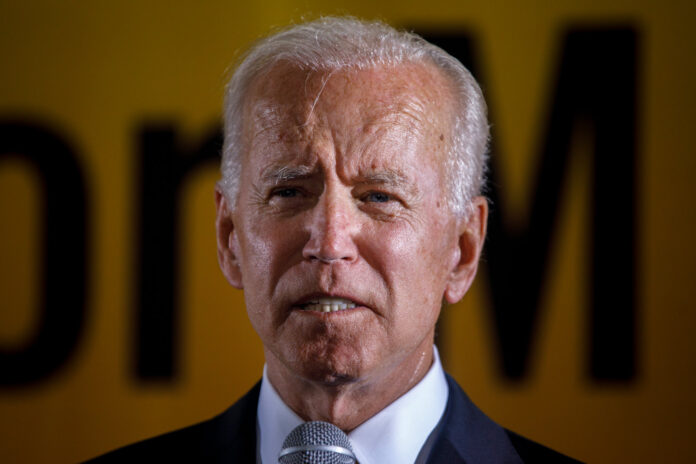 Democratic US presidential candidate Joe Biden has said the late George Floyd will “change the world.”

Following a private meeting with Mr Floyd’s family in Houston, Texas, to offer his sympathies, Mr Biden told CBS news his death was “one of the great inflection points in American history”.

The killing of African American George Floyd at the hands of a white officer has fuelled global protests.

A private funeral service will be held in Houston later on Tuesday.

Mr Biden has sharply criticised President Donald Trump, who is standing for re-election as the Republican candidate on 3 November, accusing him at the weekend of making “despicable” remarks about Mr Floyd.

The Democratic politician was himself recently accused of taking black American votes for granted when he said African Americans “ain’t black” if they even considered voting for Mr Trump.

What did Biden say about Floyd’s family?

“I think what happened here is one of the great inflection points in American history, for real, in terms of civil liberties, civil rights and just treating people with dignity.”

“That compassion meant the world to this grieving family,” he added.

Aides to the former vice-president said he would also record a video message for Tuesday’s service.

Mourners in Houston, Texas, where Mr Floyd lived before moving to Minneapolis, formed long lines to view his body, publicly on display for six hours at The Fountain of Praise church.

Memorial services have already been held in Minneapolis and North Carolina, where Mr Floyd was born.

What is the latest on the George Floyd case?

Derek Chauvin, the Minneapolis ex-policeman accused of killing Mr Floyd, made his first court appearance on Monday, where his bail was set at $1.25m (£1m).

Mr Chauvin – who kept his knee on Mr Floyd’s neck for nearly nine minutes – faces charges of second-degree murder and manslaughter. Three other arresting officers are charged with aiding and abetting murder.

Prosecutors cited the “severity of the charges” and public outrage as the reason for upping his bail from $1m.

His next court appearance is set for 29 June.

Meanwhile, US Democrats in Congress have proposed sweeping legislation to reform American police. The bill would make it easier to prosecute police for misconduct, ban chokeholds and address racism.

It is unclear whether Republicans, who control the US Senate, will support it.

Anti-racism protests started by Mr Floyd’s death are now entering their third week in the US. Huge rallies have been held in several cities, including Washington DC, New York, Chicago, Los Angeles and San Francisco.

With the rallying cries “Black Lives matter” and “No Justice, No Peace”, the demonstrations are among the largest US protests against racism since the 1960s. Saturday’s gatherings included a protest in the Texas town of Vidor, once infamous as a stronghold of the Ku Klux Klan white supremacist group.

Protesters in European cities including London and Rome also gathered to show their support for Black Lives Matter over the weekend, while anti-racism protests in Australia were attended by tens of thousands.

In the city of Bristol in the UK, protesters tore down a statue of Edward Colston, a prominent 17th Century slave trader.

More stranded Ghanaians in US abandon evacuation over cost