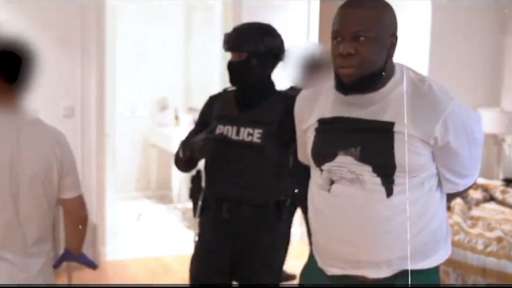 In an operation police called “Fox Hunt 2”, 12 other people were arrested in six simultaneous raids in Dubai.

Nearly two million people from different parts of the world were said to have fallen victims to the plot.

The social media star was based in Dubai and claimed he was successful businessman.

The local authorities published video on Twitter, documenting the four-month investigation that led to the arrests.

The group is accused of hacking corporate emails and cloning websites to redirect payments to their own accounts.

The Dubai police has not yet said when they would be charged.