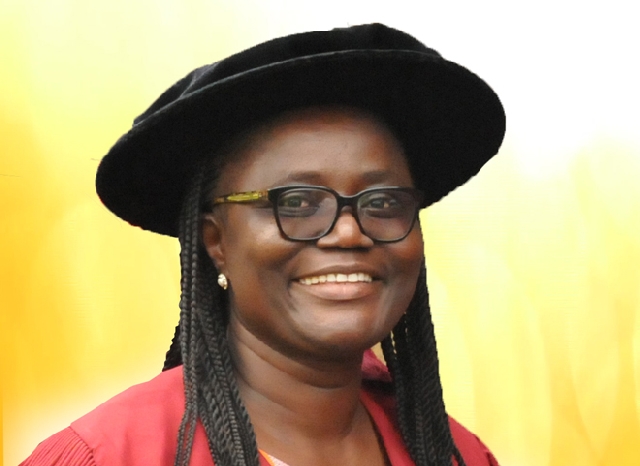 The Kwame Nkrumah University of Science and Technology has elected its first ever female Vice-Chancellor.

The Governing Council of KNUST settled on Professor Rita Akosua Dickson who has been serving as Pro-Vice Chancellor.

She will replace Prof Kwasi Obiri Danso, who ends his four-year term in office July ending.

Prof. Mrs. Rita Akosua Dickson is an alumna of the Kwame Nkrumah University of Science and Technology (KNUST), Kumasi, Ghana. She graduated with a Bachelor’s degree in Pharmacy in 1994.

She pursued graduate studies leading to the award of MPharm. in Pharmacognosy in 1999 and was appointed a lecturer the following year in the Department of Pharmacognosy, Faculty of Pharmacy and Pharmaceutical Sciences, KNUST.

In 2003, she was awarded a Commonwealth scholarship to pursue a PhD at Kings’ College London, University of London, UK.