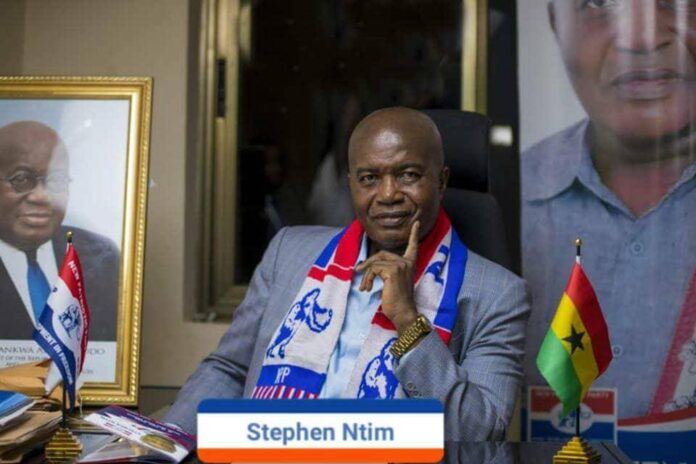 Former Vice-Chairman of the ruling New Patriotic Party(NPP) Stephen Ntim has urged both victorious and defeated candidates in the party’s just ended parliamentary primaries to remain united and work assiduously for victory 2020 and beyond.

While congratulating the newly elected parliamentary candidates he also wished those who could not win, the very best of luck next time.

“I know how it feels to find yourself in this situation, but you will recover in no time. At the end of the day, it is the party that has emerged victorious. Let us all stay united and work hard for victory 2020 and beyond,” Mr Ntim said in a terse statement.

The NPP went to the polls last Saturday to elect its Parliamentary Candidates for the upcoming December 7 general elections.

At the end of the election, forty(40) incumbent Members of Parliament many of who are Chairpersons of Committees in Parliament were beaten.

However, lots of government appointees the likes of CEOs of NEIP, MASClOC, and Free Zones Board, among others won in the respective constituencies they the contested.