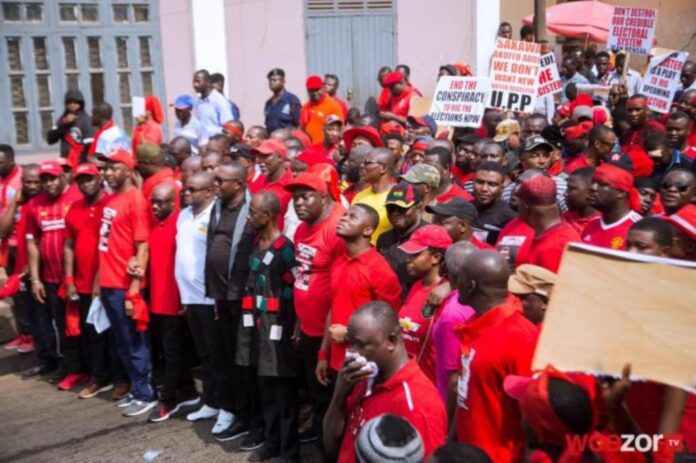 The National Chairman of the People’s National Convention (PNC) Bernard Mornah is expected to report to the headquarters of the Criminal Investigations Department(CID) of the Police Service for interrogation today.

Mornah has been invited by the Police CID to assist in investigations into comments he made regarding the EC’s compilation of the new voter’s register.

In reaction to the invitation, Bernard Mornah said he’ll avail himself this morning, insisting he is responsible for his words and won’t run away from the CID.

It’s most likely that the visit of Bernard Mornah to the CID will attract huge support from members of the largest opposition NDC as it has already said it endorses and subscribes to the caution made by Mornah to the Electoral Commission (EC) in respect of the potential outbreak of political violence at registration centers.

Mr Mornah who is a leading member of the Inter-Party Resistance Against New Register (IPRAN), a group that is kicking against plans by the EC to compile a new voters register ahead of the December elections on 26 May 2020 at a press conference said: “We’ll beat and kill each other” should confusion arise at any voter ID card registration centre during the forthcoming exercise.