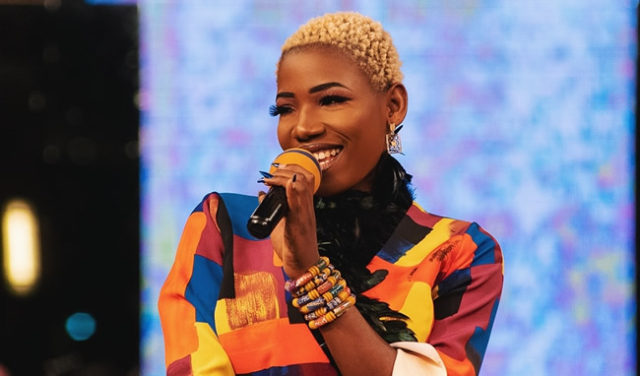 Efe Keyz new song ‘Video Call’ is has only just been out and is picking a buzz already.

The short hair golden girl is a prolific independent Ghanaian songstress who sprung into fame with the launch of Zylofon Records under Nana Appiah and parted after his controversial MenzGold Debacle.

The video is not out yet and soon will be, however speaking on FashionGHANA.com’s Ssuxess Show, the songstress explained Ghanaian Minister Kan Dapaah was the inspiration behind the song.

Kan Dapaah is currently the Minister of National Security. He was appointed by President Akuffo-Addo on 10 January 2017.

The married man with kids was apparently having an affair with what has been acknowledged as a ‘Slay Queen’ and it all reigned down on him when a video was leaked allegedly by the lady earlier this year in January, as the call seems like a recorded set up.