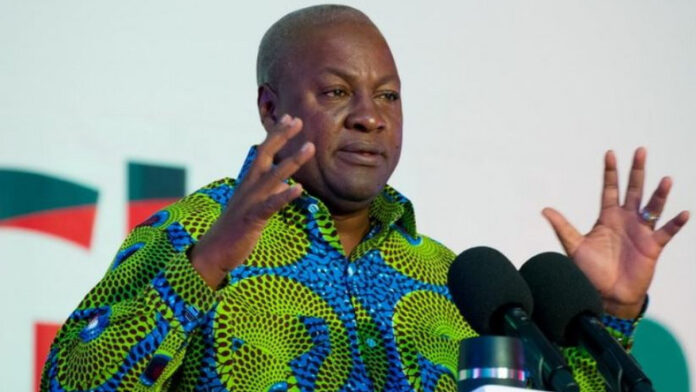 The Flagbearer of the opposition National Democratic Congress(NDC) John Mahama says the party will win the upcoming December 7 general elections with or without a new voters register.

In a ruling Thursday morning, the Seven Member Supreme Court panel granted relief three of the suit which talks about the use of the old voters’ ID card for the upcoming voters’ compilation exercise subject to the prevailing C.I 126.

However, the prevailing C.I 126 prevents the use of the existing voters’ card as proof of identity in the compilation of the new register.

The party argued in its suit that the EC lacks the power to go ahead with its plans because it can only “compile a register of voters only once, and thereafter revise it periodically, as may be determined by law”.

Commenting on the Supreme Court ruling at a press briefing Thursday night, Ex-President Mahama stated the apex court’s judgment will in no way stop the NDC’s imminent election victory.

“I call on all Ghanaians who yearn to see a change in the governance of this country to rise up to be counted for where there’s a will there’s a way.

“No politically engineered voters register can save this failed government from the judgment of the people from the inevitable defeat that awaits it in the next 165 days. With or without new voters register the NDC shall win the elections by the grace of God.”