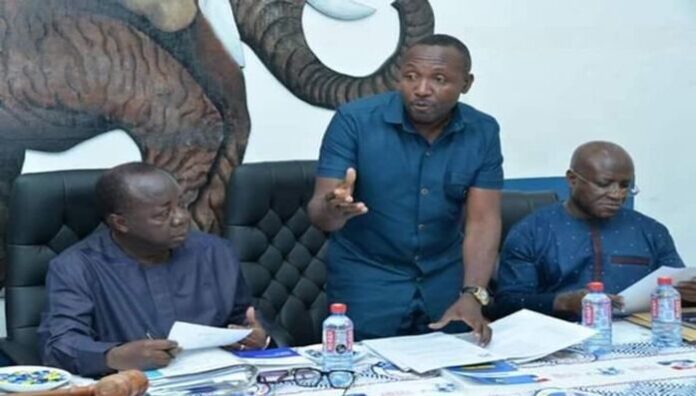 The ruling New Patriotic Party(NPP) has directed its Constituency Executives to immediately suspend party members who invoked curses on the National Executive Committee(NEC) for disqualifying some aspiring candidates in the upcoming primaries.

According to the General Secretary, John Boadu some of the aspirants on their own volition decided to withdraw from the primaries and was not forced to do so as some party supporters want the public to believe.

He added that the conduct of the supporters does not find expression in the party’s values.

The Ashanti and Central Regions among other regions have in the past week witnessed a series of invocation of curses on the party’s NEC as the aggrieved supporters believe their preferred candidates have been unfairly disqualified.

But John Boadu who’s upset by the development while addressing the media in Accra on Monday stated that the party will punish persons behind the curses and the confusions.

“The party has observed rather worrying the conduct of some members claiming to be invoking curses on party leadership and in particular members of the National Executive Committee on the allegation that their preferred candidates have been disqualified by NEC from contesting in the primaries. We are completely appalled by such gross misconduct. Accordingly, the party is instructing the respective constituency executives in the constituencies where these unfortunate incidents happened to immediately suspend all those involved in awkward behaviour while instituting appropriate disciplinary actions against them.”