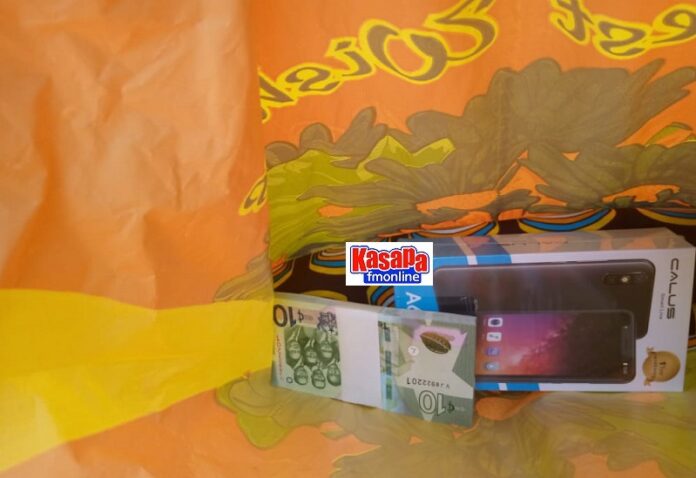 Some delegate of the governing New Patriotic Party, (NPP) in Nsuta Kwamang Beposo constituency of the Ashanti region have rejected alleged bribe money amounting to one thousand Ghana Cedis (GHc. 1,000.00), a mobile phone and GTP cloth.

The items were given to delegates by Adelaide Yaa Ntim one of the parliamentary aspirants seeking to unseat the incumbent Member of Parliament (MP) for the constituency Kwame Asafo Agyei.

The delegates after accepting the gifts and lorry fare didn’t know that there were additional conditions attached as they were forced to swear by the dreaded Antoa Nyamaa deity.

Delegates who spoke to Ultimate FM’s Isaac Bediako said, they were invited by Adelaide Yaa Agyeiwaa Ntim but later suspected she may be into juju and hence do not want anything to do with her money.

Yaw Poku alleged that Nana Nkansah Boadu, Agric Nzemaahene one of the ‘powerful chiefs’ in Kumasi who doubles as Ashanti Regional NPP Disciplinary Committee Chairman was supervising the meeting and tried convincing him and others to vote for Madam Ntim.

However, Nana Yaw Osei, one of the delegates who was bold to refuse the money said, he was not ready to swear by the deity, “I am an honest and principled man, nobody can force me to make decisions against my will.”

The aspirant Adelaide Yaa Agyeiwaa Ntim denied forcing the delegates to swear by Antoa Nyamaa deity before taken the money, clarifying that it was just a lorry fare.

She added that she is ready to give more to support the other 530 delegates in the constituency should any of the 2 other candidates give more than what she had already given to the delegates to facilitate her victory.

Yaw Poku disclosed that some concerned delegates who have already taken the items have decided to return it because of the condition attached which they are unwilling to honour during the primaries on Saturday, June, 20th 2020.