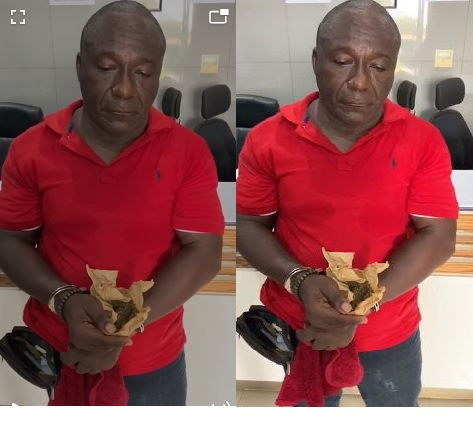 Apostle Kwabena Owusu Adjei, who allegedly threatened the life of the Chairperson of the Electoral Commission (EC), Mrs. Jean Mensa, has been granted a GHc100, 000 bail by the Accra Circuit Court.

The accused person pleaded not guilty to threat of death, contrary to Section 75 of the Criminal and Other Offences Act, 1960 (Act 29), unlawful possession of Narcotic Plants, and assault on a public officer.

In court on Tuesday, his lawyers made a spirited argument for bail, and even though prosecution opposed the bail applications, the court granted him bail.

The court presided over by His Honour Mr. Emmanuel Essandoh addition to the bail sum, said he is to produce three sureties of two of whom must be public servant earning not less than GHc2,000.

He is also to report himself to the police investigator twice a week Mondays and Fridays until the final determination of the case.

Arrested in a container

Assistant Superintendent of Police (ASP) Sylvester Asare while opposing the bail application said the accused person was arrested in a container.

For this reason, if granted bail he will not avail himself for the trial.

According to him, the accused person has a fixed place of abode and that prosecution was only misleading the court to suggest that he was arrested in a container.

He prayed the court to admit his client to bail. His prayer was also corroborated by Lawyer Francis Sosu, another lawyer of the accused person.

He added that the accused person should be admitted to flexible terms since he will avail himself to the court anytime the time comes.