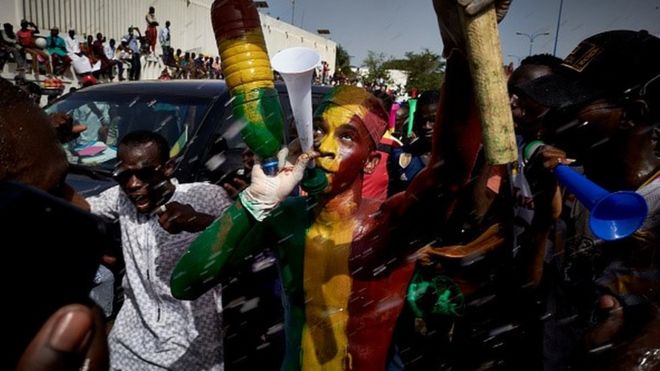 Thousands of protesters in Mali have gathered in the capital, Bamako, calling for the president to resign.

They are seeking the resignation of President Ibrahim Boubacar Keïta because of escalating jihadist and inter-communal violence.

The president had pledged to form a new government with opposition members.

But despite negotiations between the two sides earlier this week, the protest has gone on as planned.

On Friday, crowds gathered in Bamako’s Independence Square, chanting slogans, blowing plastic trumpets and holding placards with anti-government messages. A letter has also been sent to the president by the opposition groups demanding his resignation. 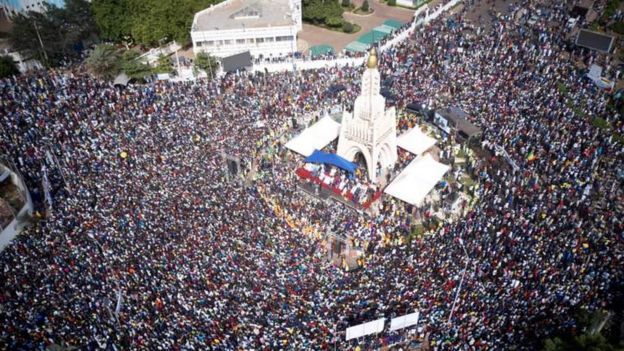 It follows a similar rally held on 5 June, which was organised by the same coalition. The group have since adopted the name “Movement of 5 June – Rally of Patriotic Forces”.

Mr Keïta, who is 75 and known as IBK, was first elected president of the west African nation in 2013. He secured a second five-year term in 2018.

But he has come under mounting pressure in recent months due to Mali’s worsening economy, coronavirus, and a teachers’ strike. Political tensions have also arisen from a disputed legislative election in March, and allegations of corruption.

Mali has been wracked by instability since 2012, when Islamist groups hijacked an insurrection by Tuareg separatists, seizing swathes of territory in the north. But violent attacks on government forces and UN peacekeepers continue.

In recent days, the president has been pushed to make concessions to opposition groups, like raising the salaries of public teachers following a pay dispute.

A delegation from the West African regional bloc Ecowas is also mediating between the two sides.

But protesters say not enough is being done to curb corruption or fix the failing economy.