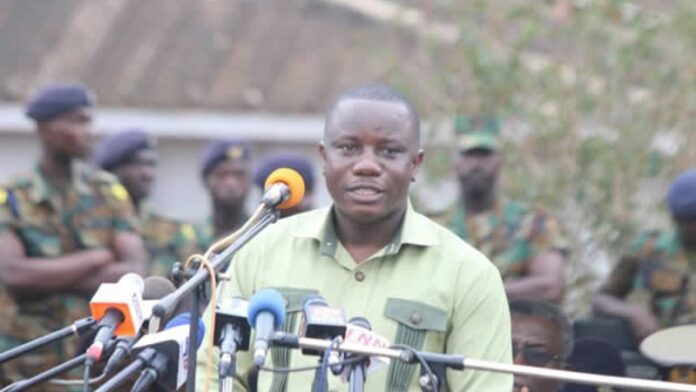 Government has stated that no soldier deployed along Ghana’s borders with neighbouring countries will leave their duty post and go to a voters registration centre.

According to him, none of the deployed soldiers have any business at any registration centre.

The opposition National Democratic Congress(NDC) says the deployment of soldiers to the Volta and Oti Regions ahead of the voter’s registration exercise on Tuesday is intended to intimidate residents of the two regions.

According to the party, the sudden deployment of military personnel to parts of the Volta region is to ensure that the residents feel threatened to come out and register to vote in the elections.

Residents in the Ketu South Municipality which is a major stronghold of the NDC say they are living in fear and panic following the deployment of some heavily armed security personnel into the area.

But the Minister of Defence, Dominic Nitiwul at a press conference in Accra on Monday rubbished the assertions of the NDC saying troops have been deployed in other parts of the country and not only in Oti and Volta Regions as the NDC wants the public to believe.

He added that the deployment of troops at the border areas is solely intended to stop people from crossing into the country to prevent the possible spread of COVID-19.

Hon. Nitiwul added: “If you want to bring any human being, go to the Ghana Embassy register and that person will come in and spend time at his own cost a quarantine period of 14 days. Once we are okay that the person is not COVID patient that person can go. But to think that a responsible government when the numbers are going up will sit and fold our arms and allow people to come in just because a particular party wants people to come in, that one will not happen.”

If Akufo-Addo wants to shower in the sky, not in luxurious private jet – Ablakwa to Nitiwul