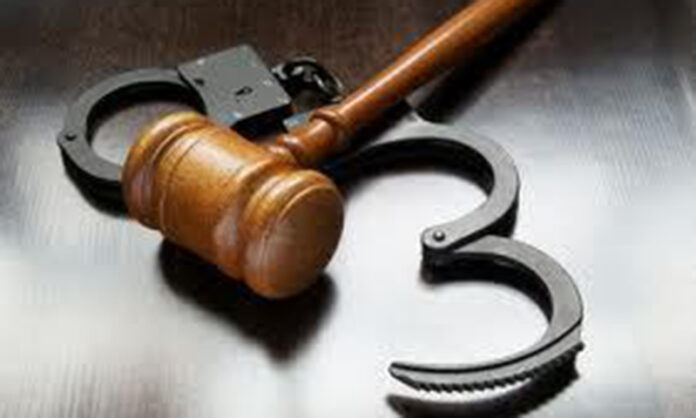 The Circuit Court in Accra presided over by His Honour Mr Emmanuel Essandoh has granted bail in the total sum of GHC170,000 to the two persons who have been charged with stealing 15HP Probook laptops belonging to the National Identification Authority (NIA).

The two Frank Nketia, a trader and Victor Maduka, a businessman had earlier pleaded not guilty to three charges of stealing, possession of stolen properties and dishonestly receiving contrary to the law.

On June 10, 2020, when they were first arraigned the court refused them bail after their lawyers had made oral application praying the court to admit them to bail.

But in court on Tuesday, their bail applications were repeated and Nketia was granted bail in the sum of GHc85,000 bail with four sureties out of whom three shall be public officers earning not less than GHc4,000

Maduka was also granted the same bail sum GHc85,000 but must produce two sureties one of whom shall be a public officer earning not less than GHc1,000

The brief facts of the case as presented to the court by Assistant Superintendent of Police (ASP) Rita Yeboah were that the complainant in the case is Emmanuel Selby, the Head of Projects at Information Management system under the auspices of the National Identification Authority (NIA).

While Frank Nketiah (A1), a trader and Victor Maduka (A2), a businessman both reside at Tetegu and Lapaz in Accra respectively.

According to the prosecutor, in October 2019, the government of Ghana procured over 5000 HP Probook laptops computers from Denmark for NIA to be used to issue the ECOWAS Cards to Ghanaians.

She said, in February this year, 64 of the laptops were detected stolen from the NIA premises and investigations into the case revealed that one of the employees working under the complainant stole the laptops and disposed 15 of them at Circle in Accra. But, the prosecutor said he could not lead the police to the receivers.

ASP Yeboah said on May 14, 2020, seven of the stolen laptops were retrieved from shops at Burma Camp in Accra and when the serial numbers were scanned, they were among the laptops procured for NIA.

Investigations she said revealed that in March this year, Nketia received and bargained the price of 12 HP Probook from two others, now at large and kept them.

Nketia, the prosecutor said later called Maduka who came and purchased same at a price of GHc1,500 per each.

She told the court that, during the lockdown, some Nigerian businessmen at Circle had their shops locked-up which included Nketia’s shop. Maduka she said then gave the laptop to a friend to sell for him where the supervisor of that shop at Burma Camp bought the retrieved ones and was issued with a receipt.

The prosecutor told the court that they admitted the offences in their respective caution statement to the police and after investigations, they were accordingly charged with the offence and put before the court.

NIA to distribute over 3 million Ghana cards from Monday