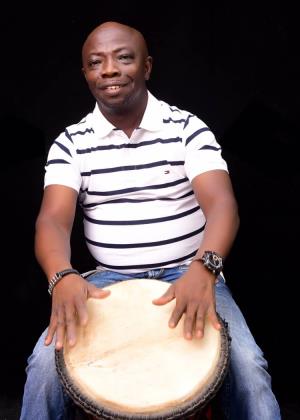 Ghana has produced a pool of music talents over the past 100 years or so and one of such talents has been unleashed onto the music industry. All music lovers should watch out for this one.

His style combines Afropop and fusion of Ghana drums popularly known as JAMA.

His real name is Isaac Affum and he goes by the stage name Zekay. He is seeking to bring a new flavour onto the modern urban music scene.

Zekay is a Sekodi-Takoradi-based emerging talent who has two singles that are currently enjoying airplay on both radio and television stations in Ghana, Nigeria UK, the USA among others. Zekay will launch his first album in August this year.

The song ‘Single One’ is his first track and ‘Eda Odo Beba’ is his second track with the video coming up soon.

Isaac Affum is 49 years old. He attended Prestea Primary school, had his “O” and” A” level at Tarkwa secondary school.

He holds a Degree in Planning from the Kwame Nkrumah University of Science and Technology (1997–2001) and also holds a Master’s Degree in Environmental Management and Policy from Cape Coast University( 2016-2017).

He is married with two children. He comes from Sefwi Bodi in the Western North Region of Ghana.

“I developed a passion for Jama music especially during Tarkwa Secondary school during inter colleges’ games.

At the Kwame Nkrumah University of Science and Technology, he was attached to University Hall popularly named Katanga Hall where his interest in Jama grew from strength to strength. Also when the industry is awarding musicians and producers for their hard work, it is my dream that JAMA music too will be recognized and awarded duly to those who deserve it.