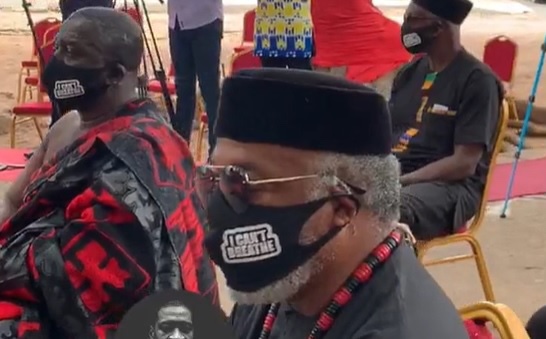 The Ministry of Tourism Arts and Culture in Ghana has held a memorial service for George Floyd, the African-American who was killed by a cop in the United States of America.

Held at the forecourt of the Diaspora African Forum, Dubois Centre, people who attended the ceremony were clad in black and a wreath-laying ceremony was held. 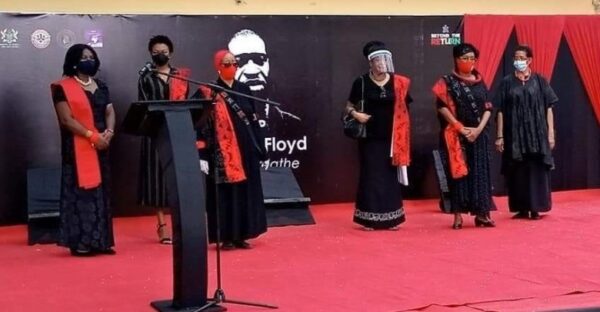 The US Ambassador to Ghana Stephanie S. Sullivan at the ceremony said: “We have seen the difficult images across our country triggered by the horrifying events in Minnesota. This incident is prompting important and necessary conversations in the United States and serves as a reminder of the importance of confronting painful truths head-on, and of addressing the underlying conditions and existing systems that perpetuate racial injustice as we, as Americans, strive to form a more perfect union.” 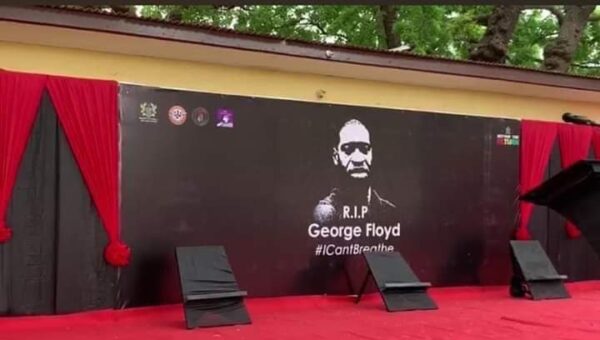 The memorial service was done through a collaboration between the Ministry of Tourism, Arts and Culture, the Ghana Tourism Authority, the Office of Diaspora Affairs at the Presidency and the Diaspora African Forum.

George Floyd died on May 25, 2020 after a US policeman pinned his face to the ground with his knee on his neck. George’s death has since sparked worldwide protests on treatment meted out to Blacks by law enforcement agencies.

According to CNN the former Minneapolis Police officer who pressed his knee into George Floyd’s neck was charged on Wednesday with a new, more serious count of second-degree murder, and the three other officers on scene during his killing were charged with aiding and abetting second-degree murder.

I think George Floyd will change the world – Joe Biden