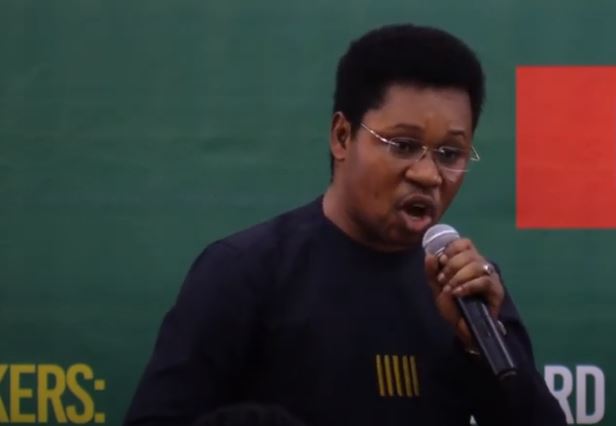 A Global Strategist and Economic Consultant, Dr. Jerry Monfant has urged aggrieved customers of the collapsed banks and Microfinance firms who have their monies locked up to vote for a Leader who will always have their interest at heart.

He’s implored the customers to either take back their monies before they go to vote in the December 7 general elections, or vote for someone who cares about the citizens and will not leave them in hardship as they’re currently experiencing.

Government has provided a combination of cash and bonds totalling ¢5 billion to pay depositors of the collapsed financial institutions.

At the direction of the Receiver of the defunct institutions, the CBG has almost concluded paying affected customers the cash component of their validated investments.

For customers whose deposits exceed the cash payment threshold as advised by the Receiver, a special account has been opened to hold the balance payable.

According to CBG, funds in excess of the cut-off for cash payment will be held in special holding accounts opened for the depositors and paid in equal installments every six months over a five year period after the initial payment is made in March 2021.

The Bank has established a mechanism for those depositors who wish to obtain cash ahead of the liquidation schedule to discount those expected cashflows with the bank at a very competitive rate.

But the aggrieved customers have served notice they will besiege the Jubilee House if the government does not ensure the payment of their money in two weeks.

Commenting on the issue, Dr. Monfat who’s President, Monfant Banks International Consulting Group in an interview with host Akwasi Nsiah on Ghana Kasapa on Kasapa FM slammed the government’s poor manner in which it conducted the financial sector clean-up.

He questioned on what basis goverment has decided to give the customers zero-rated bonds for five years.

“We know that almost every time interest rates in Ghana move up, at the time that the customers’ monies will be paid them after the five years how much money will they receive? they will go home with nothing. The simplest question is this, will you like to rob your citizens for your own gains, and for what reasons? If the government knew it couldn’t pay the customers their deposits why did it then proceed to withdraw the licenses of the various banks? In the first place, no customer had taken any bank to court because he could access his money. The government intervened and now that it has the monies of the customers it then says it will pay the monies in five years, this is so unfair.

“I weep for those who have their monies locked up, the people must be paid their monies. If not this is my message to them, when its time for election don’t go and vote until you receive your money, take your money before you vote. If not vote for somebody who cares for the citizens because it is a wrong policy they implemented. The government should ensure that it pays every customer’s deposit in full. That is important than anything, otherwise, the hardship already in the system will escalate and it will not be good. ”

The five collapsed banks included Unibank Ghana Ltd, The Royal Bank LTD, Beige Bank LTD, Sovereign Bank LTD, and Construction Bank LTD The same reason of insolvency was cited as a cause of the collapse of the various banks. Within a span of two years, about seven indigenous banks have collapsed.