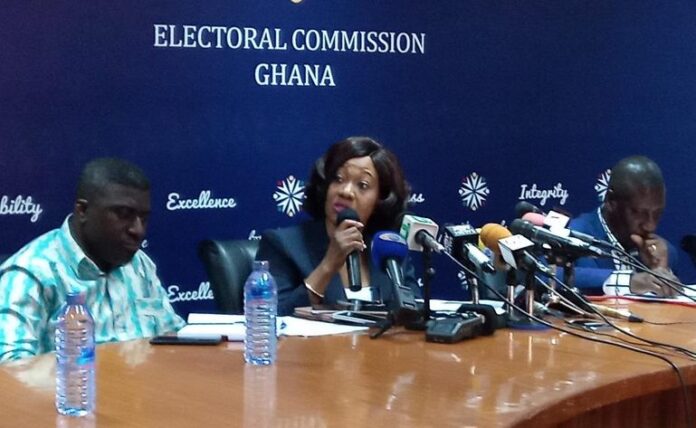 The voters registration exercise billed to start from Tuesday, June 30, will happen as planned, the Electoral Commission has announced.

A Press Statement issued by the Election Management Body(EMB) asked stakeholders to be on standby for the exercise.

“The Commission entreats all stakeholders to hold themselves in readiness for the Voters Registration Exercise”, a statement signed by Mrs. Sylvia Annoh, Ag Director of Public Affairs, said.

The registration exercise will end on August 6, 2020.

The latest notice comes on the heels of the Supreme Court’s clearance on Thursday for the EMB to proceed with the exercise in accordance with CI 126.

This left the parties involved divided over whether the Court upheld the use of the existing voter ID card as proof of identity for the purposes of registration or not.

Meanwhile, NDC general secretary Johnson Asiedu Nketia has told the media the outcome is a vindication of their position.

“So we will get back to the office and we will address a full-blown press conference on the consequential matters arising. We feel vindicated because the court itself in an earlier ruling has clearly stated that the possession of an existing voters’ ID means that the holder is a citizen of Ghana who is qualified to be registered and to exercise his or her powers and so the court couldn’t go back on its own earlier ruling,” he said.

The party had argued in its suit that the EC lacked the power to go ahead with its plans because it can only “compile a register of voters only once, and thereafter revise it periodically, as may be determined by law”.