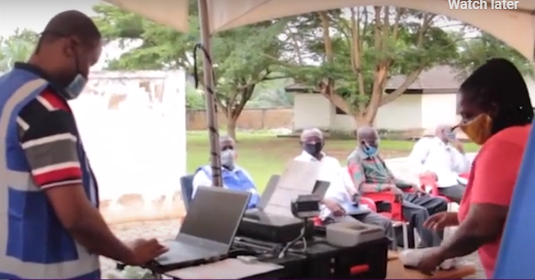 Day two and the final day of the new voter’s register piloting in the Western Region has been called off due to technical challenges, the Electoral Commission has said.

The EC is compiling the new register ahead of the December general elections over claims the existing register lacks credibility.

The piloting, according to the EC, is to afford them the chance to identify challenges with their systems and fix them before the mass registration begins later this month.

Western Regional Director for the EC, Angelina Tagoe, could not give further details as to why the exercise had been cancelled.

Western Regional Secretary for the NDC, Joseph Nelson told Empire News’ Emmanuel Ohene-Gyan the cancellation of the exercise vindicates his party’s position that the EC is not ready to undertake a nationwide exercise

“If the Electoral Commission cannot organise a simple pilot exercise in a city like Sekondi, how much more in a village like Mumuni camp, the EC has simply failed and are not ready to compile a new register with just six months to general elections,” he said.

His counterpart from the governing New Patriotic Party and Assistant Regional Secretary, Rex Johnfiah also stated that the party was disappointed in the breakdown of the machines after having a successful exercise Tuesday which saw over 70 people registering.

“We want the EC to extend the exercise because what we observed was that there were no backups”, he revealed