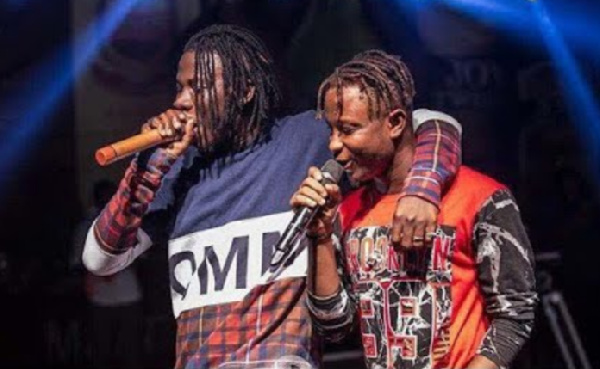 Ghanaian Afro-pop musician, Kelvyn Brown, better known by his stage name Kelvyn Boy has been allegedly beaten by Stonebwoy’s bodyguard at the launch of a business outfit at Ashaiman.

The ‘Mea’ hit singer was billed to perform today, June 22, 2020, at the new business outfit at Ashaiman.

Reports say Kelvynboy’s Manager Diddy, who spoke to the media outlet stated his artiste was attacked unprovoked by Stonebwoy’s former personal bodyguard Gyanyame who stated that Ashiaman belonged to Stonebwoy hence Kelyvnboy had no right to grace an occasion in his territory.

Many believe the attack was as a result of the friction between Stonebwoy and his protégé, Kelvyn Boy claiming Stonebwoy and his longtime manager, Blakk Cedi, had severed their working relationship and decided to go their separate ways due to some disagreements over monetary transactions, as well as management and control of the record label and its artistes, Kelyvn Boy and OV.

A statement from Burniton Music Group, of which Stonebwoy is the President, announced that Kelvyn Boy was no longer under the label.

He got signed to Burniton Music Group own by Stonebwoy and because of some controversies, he left the label in the year 2019.