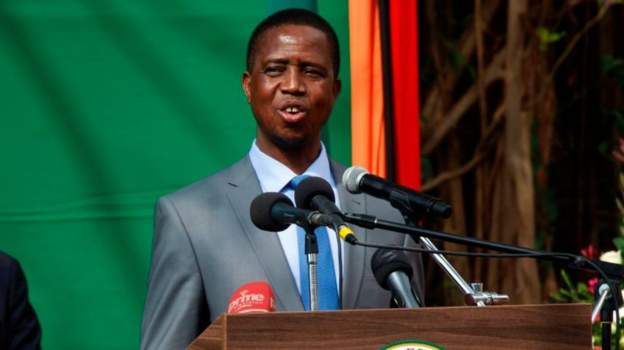 The pair, alongside musician Kings Malembe, were on Wednesday given a 24-hour ultimatum by a government minister to say sorry to the president for their criticism.

Kings has since apologised for “not using the right platform” to address the issues.

Dancehall singer Bwembya, also known as B-Flow, has been critical of alleged mistreatment of Zambian workers by Chinese managers, while photographer Chellah has been complaining about alleged corruption in the government.

B-Flow has told BBC that he won’t say sorry for “saying the truth”.

“I will neither be silenced nor be intimidated for exercising my freedom of expression.

“The threats from the Lusaka province minister will not stop me from highlighting the challenges the nation is facing. I am protected by the constitution of Zambia and everything I said in my video statement is a true representation of what the majority of Zambians are saying,” he said.

On his part, Chellah said he stood by what he said in his video posted online.

“I am not apologising for anything. What is happening in our country is wrong and I love President Lungu more than more than anyone else. The person who loves the president will open up… If we love our president, you and I should help him in this fight against corruption,” he said.

Lusaka Province Minister Bowman Lusambo had on Wednesday told a press briefing that he won’t allow people to “insult the office of the president”.

He did not specify what action he would take against those who fail to apologise.

Artiste manager lists 5 reasons why most musicians end up broke

I don’t collaborate with contemporary artistes for hype – Rex Omar