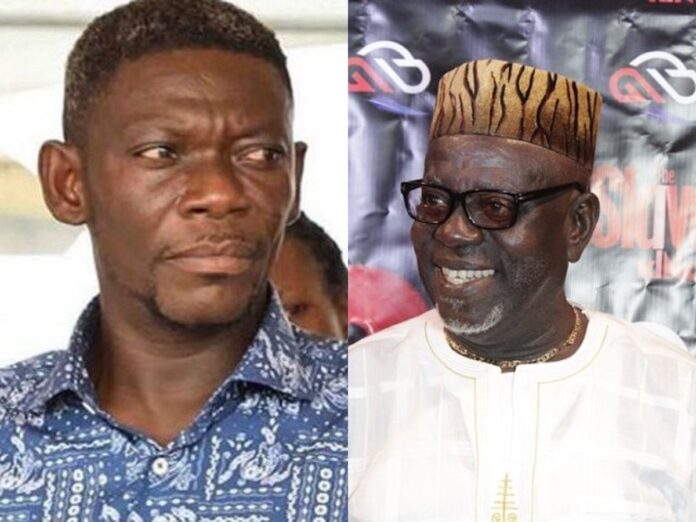 Veteran actor, Fred Amugi has said he would never be on the same movie set with Alex Kofi Adu popularly known as Agya Koo.

He noted that the actor who hails from Kumasi has no regard for time when he asked to report on a movie set.

Mr Amugi recounted an experience where the award-winning actor failed to report on time for a movie shoot giving reason that he only works in the evening.

The 71-year-old actor indicated that he would decline to be on same film set with Agya Koo.

“I think it is Agya Koo; he is one person I will not like to work with him again because we went to work somewhere around the Sunyani–Kumasi road.

“We were there the whole day but he came around 5:30 pm and told us he works in the evening.

“It wasn’t like we were going to shoot the night scene but you decided to come around that time.

“I live in Accra but I came early and you come out to say you work in the night,” he lamented.

Fred Amugi and Agya Koo have starred in several movies but, currently, both are not as active as they used to be in the Ghanaian movie industry.

PRINCE YAWSON [WAAKYE]: Once a Journalist, Actor and Politician