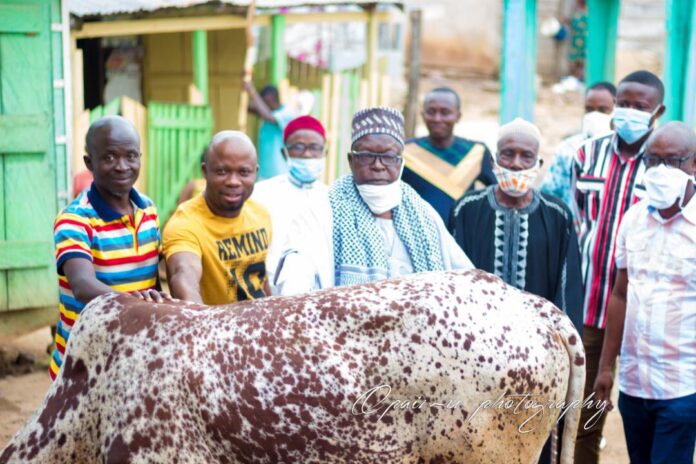 The Vice President Alhaji Dr. Mahamudu Bawumia has donated a bull to the Muslim Community in Goaso, Ahafo Region.

The MCE of Asunafo North who spoke on behalf of the delegation said the Vice President’s gift is a show of appreciation to our Muslims brothers and sisters for their continuous prayers for the nation. He further beseeched the Chief Imam to continue to pray for the Presidency as they discharge their duties.

Speaking to the media, the Dagomba Chief of Goaso, Naa Askirru, who was present at the event said he has never witnessed a government so committed to Muslim such as the Akuffo-Addo Bawumia government. He prayed for grace on their life that they will continue to stay in power for a longer time.

The Regional Chief Imam, Alhaji Abdulai Jihad who received the donation on behalf of the Muslims Community thanked the Vice President and the party for their kind gesture.

You’ve been in the trenches with us – Bawumia tells AfDB