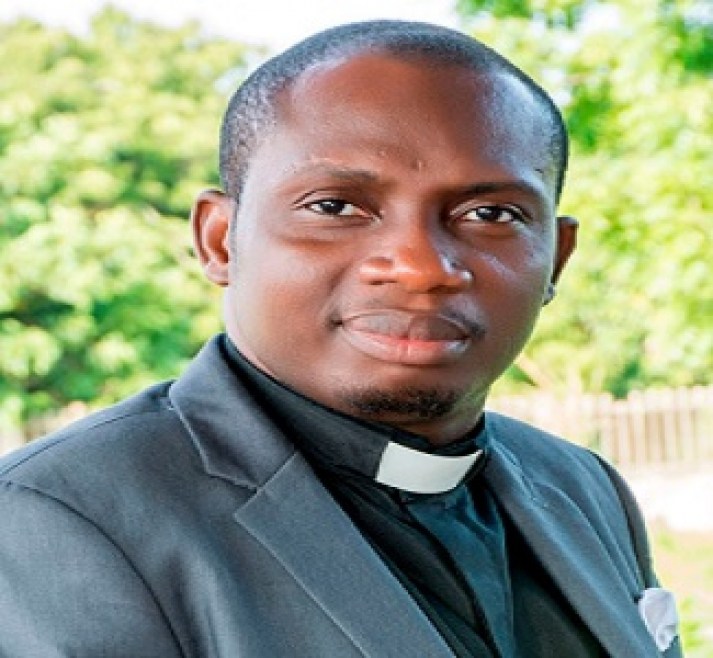 The Gender Ministry wants the National Media Commission to ban Counsellor George Lutterodt from appearing on any media show in Ghana.

Counsellor Lutterodt has taken a flak for his infamous comment that “every rape victim enjoys the act”.

A statement issued by the Gender Ministry and signed by the Minister, Cynthia Morrison slammed Cousellor Lutterodt saying “There is no justification for him to make such a maligning statement on television or in private.”

The statement further described the comments as disgusting and a threat and danger to the general public.

“We also call on him to unreservedly retract his unsubstantiated and insensitive comments and apologise to the general public,” the statement concluded. 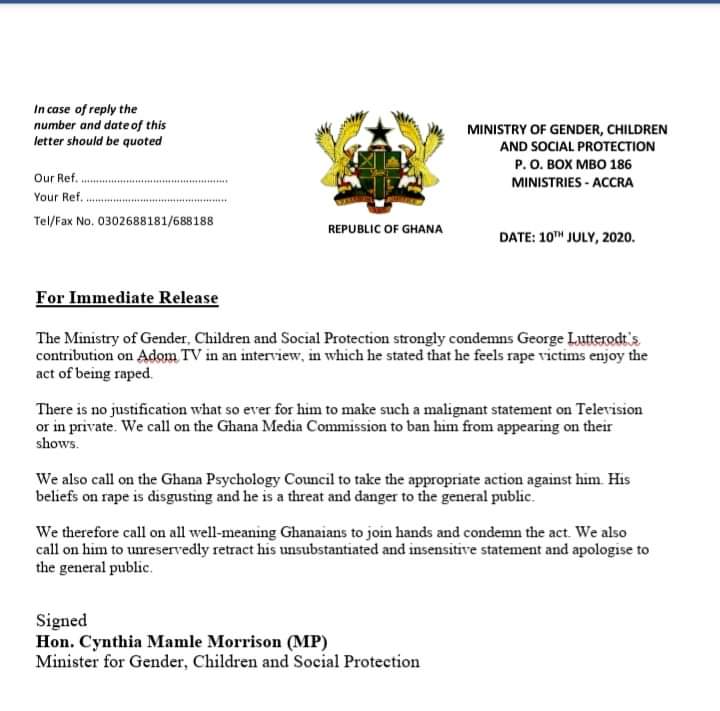