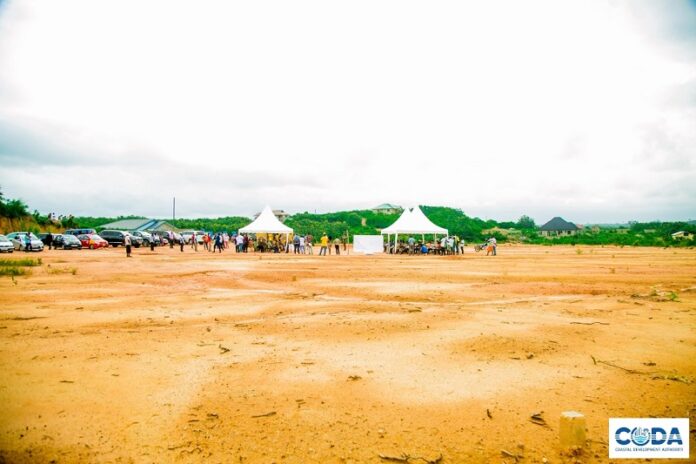 Sod cutting ceremony took place today on Wednesday, 1st July 2020 for the commencement of construction works on the Cape Coast Artisanal Village at Mempeasem in the Cape Coast North Constituency. 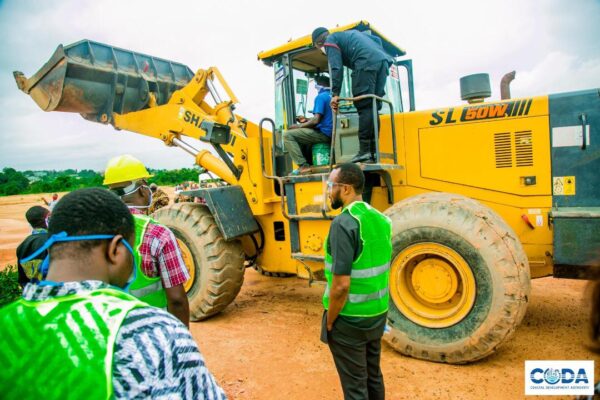 The ceremony was graced by the Chief Executive Officer (CEO) of the Coastal Development Authority (CODA), Lawyer Jerry Ahmed Shaib; the Deputy Minister of Works and Housing and MP for Cape Coast North, Hon. Barbara Asher Ayisi, the Mayor of Cape Coast, Hon. Ernest Arthur and the Deputy CEO of CODA, Mr Kingsley Kofi Karikari Bondzie amidst strict adherence to COVID-19 safety protocols. Also present at the event were officials of the Ghana Chamber of Commerce.

The project, which will be put up on a twenty (20) acre plot of land, when completed will provide a suitable setting for artisans in the Cape Coast Metropolis to better ply their trades in a congenial atmosphere that engenders safety and development. 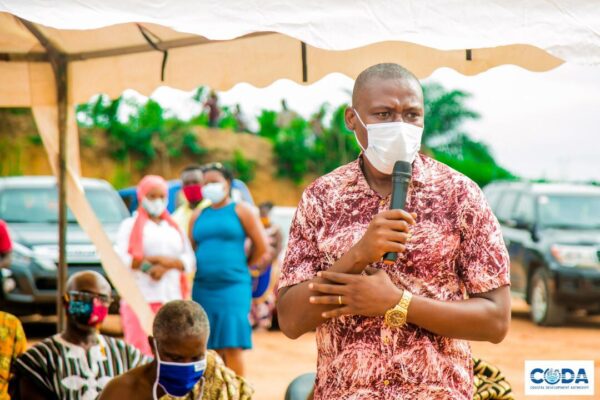 Addressing Chiefs and people of Cape Coast, the Mayor stated that construction of the project, which is long overdue, is emblematic of the realization of an age-old dream of Cape Coast and its inhabitants. He stressed, that “the Cape Coast Constituency had always wanted to construct the Artisanal Village”, therefore they (constituents) had come to witness the groundbreaking ceremony with a unity of purpose. He went on to say that, the Artisanal Village “is a valued project” envisaged by the people of Kokompe, hence they had come in a spirit of consensus. Hon. Arthur thanked HE Nana Addo Dankwa Akufo-Addo for his commitment to the development of Cape Coast which is being carried out through the initiative of CODA. 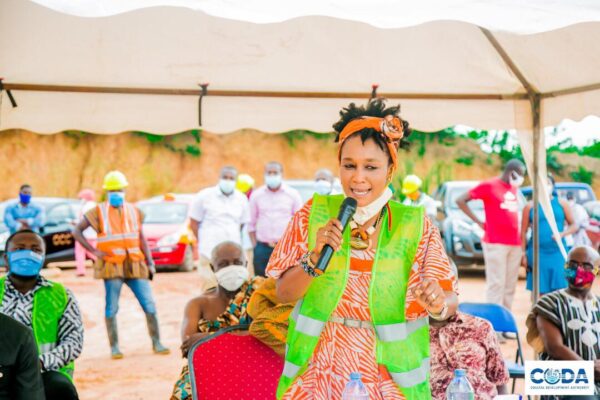 Hon. Barbara Asher Ayisi, in her statement, emphasised that completion of the project will further enhance the socioeconomic credentials of Cape Coast which is already noted for being a “citadel of education and a hub of tourism”. She entreated constituents to continue to pray for the President to enable him continue touching the lives of the people of Cape Coast with more development.

In his address, CEO of CODA made it clear that the primary motive for the construction of the Artisanal Village, which is a brainchild of HE Nana Addo Dankwa Akufo-Addo, is to provide artisans such as electrical technicians, auto-mechanics, etc with a suitable environment to ply their trade in a well-structured and fully furnished facility conducive for mechanical engineering purposes. He stressed that to ensure sustainable development of Cape Coast, it was important for all artisans to carry on their trade at the right place. The CEO therefore urged all artisans to cooperate by relocating to the Artisanal Village upon completion of the project. 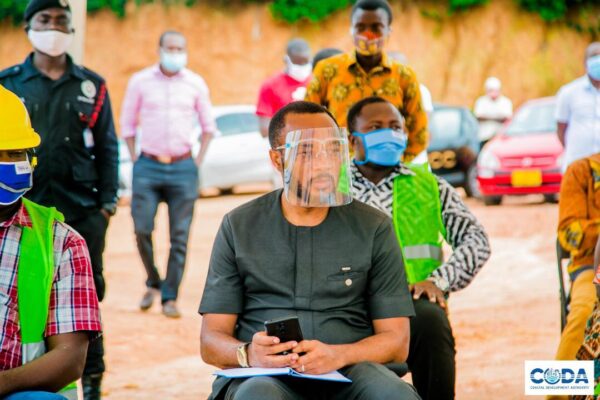 According to Lawyer Jerry Ahmed Shaib, other projects being implemented in Cape Coast Under the Infrastructure for Poverty Eradication Programme (IPEP) include community-based health and services (CHPS) compound, a disability-friendly water closet toilet facility and a market with open stalls and storage facility among other interventions. He went on to say that HE Nana Addo Dankwa Akufo-Addo is providing these interventions in fulfillment of his assurances to constituents.

The project will be constructed at a cost of GHS7.2million and the contractor, who is currently on site has assured of completion by the end of December even though it was originally intended to be completed within a year. The CEO also indicated that the contractor will be required to recruit artisans and other workers for the project from Cape Coast in accordance with CODA’s local content policy.

The first phase of the project includes:

1. Stabilization of the land to include cutting and filling, construction of concrete retaining walls and boundary/fence walls

4. Connection to water and electricity

Lawyer Jerry Ahmed Shaib encouraged artisans in Cape Coast to avail themselves of the CODA Credit Union which is designed to provide microcredit facilities ranging from GHS1,000 or more at a negligible interest rate to help them boost their businesses.