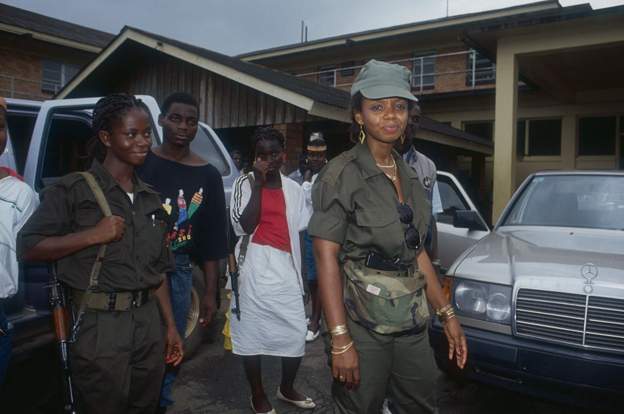 Agnes Reeves-Taylor, the ex-wife of Liberia’s former President Charles Taylor, has returned to the country after a UK court dismissed war crimes charges against her seven months ago.

She was charged in 2017 over a string of offences – some involving children – during the West African country’s civil war. She denied wrongdoing.

Her ex-husband is currently serving a life sentence for war crimes in Sierra Leone.

Supporters of Mr Taylor’s National Patriotic Party have been expressing their joy on her return to Liberia on social media.

She is still regarded as “the founding mother” of the former ruling party.

It is unclear whether Ms Taylor, a former university lecturer, intends to get involved in Liberian politics.