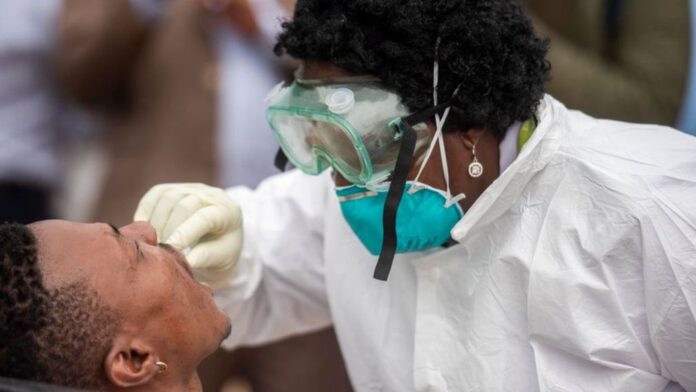 Forty-five (45) new confirmed cases of Coronavirus in five districts in the Eastern region have pushed the regional case count from 623 to 668.

Out of the number, 20 were from New Juaben South, Nsawam Adoagyiri recorded 17, Birim Central had 5, 2 at Kwahu South with West Akim registering 1.

This is the second time the Eastern Region has confirmed a set of 45 positive cases.

Out of the total confirmed cases in the region, 248 representing 37% are health workers however 107 have recovered with one death.

Of the 668 confirmed cases, 438 have recorded in the region however 9 have died.

At a press briefing organised by the Information Ministry on Tuesday, Dr Kuma-Aboagye also announced that a total of 13,268 persons have recovered from the disease.

Currently, there are 24 persons in critical and severe conditions with four on ventilators.