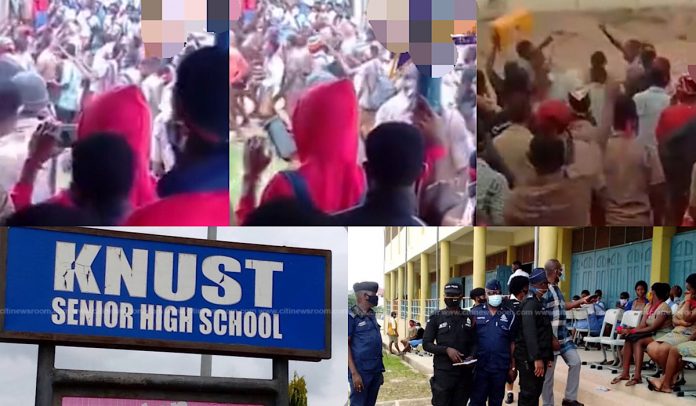 The Ashanti region chapter of the National Association of Graduate Teachers(NAGRAT) says its members in the KNUST Senior High School(SHS) did not act irresponsibly in the case involving the death of a student in that school.

The Ghana Education Service has begun investigating claims that teachers and school authorities stood unconcerned while the deceased suffered in pains for hours till a parent picked him to the hospital.

According to the association’s findings, the parents had indicated their intention to pick up the student by themselves to the hospital eventhough an exeat had been issued to the student.

Meanwhile, the Ashanti Region Secretary of NAGRAT, Mr Joseph Atindana Babah pointed out that the absence of infirmaries and resident medical officers in several Senior High Schools leaves room for such events to keep recurring.

“That will be the ideal situation, where you have a sick bay, you have attendants, a nurse to take care of a child in this condition around this time. Yes, there was a Covid team that was trained to take care of emergencies, but I don’t think any of my teachers there is a medical doctor or a nurse. The best they could do is what they did. On hindsight probably they could have done something else. But at the time the parent said I’m on my way, I’m coming to pick my child; maybe their sense of judgment also said that lets wait for the parent, and especially when the parent have informed them that it was just ulcer. So I think that was the problem.”

School authorities of Kwame Nkrumah University of Science and Technology Senior High School(KNUST) on Tuesday abandoned a student to die over fears he might have contracted COVID-19.

Reports say the student who is an ulcer patient complained of stomach ache and was rushed to the Headmistress’ office but the issue was referred to the Senior House Master.

The sick student who was suffocating was put on a table for two hours with colleague students attending to him while teachers of the school looked on from a distance.

Ultimate FM’s Isaac Justice Bediako reports that the school authority later placed a call to his parents who got to the campus of the school very late to pick their son but he died upon arrival at the hospital.

The school has no sickbay and no health personnel to attend to emergency cases.

The news of the boy’s death sparked outrage among the students causing them to go on a rampage vandalizing properties.

Meanwhile, the headmistress of the school,Felicia Asamoa Dankwaa, has been interdicted, pending investigations by GES, while two other teachers, Owusu Ansah Seth, and Anthony Awotwi, Senior Housemaster, and Housemaster respectively have also been asked to step aside.