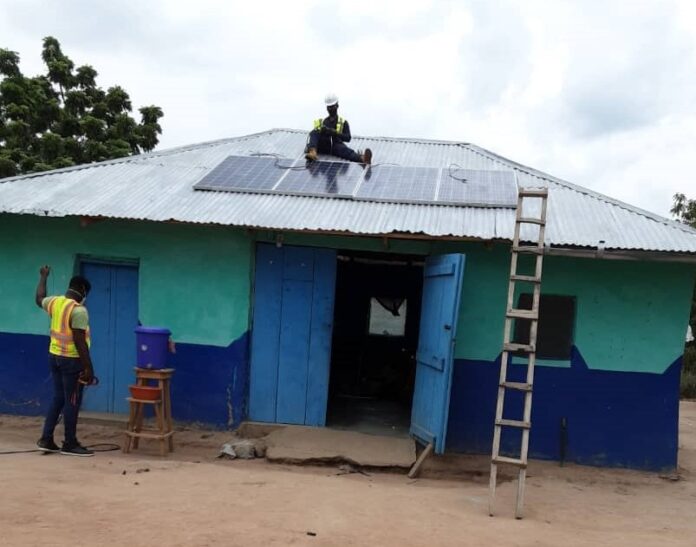 A retired Commissioner of the Commission for Human Rights and Administrative Justice (CHRAJ) Justice Emile Short has installed Solar Panels and its accessories and a refrigerator to a CHPS Zone in Hlihadzi an Island Community in Kwahu Afram Plains South District of the Eastern Region.

Other items were six pieces of 6W LED bulbs, and rails for panels and a Hisense Refrigerator. 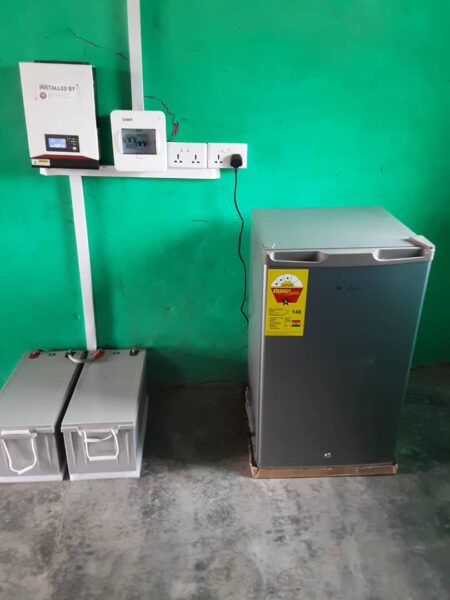 The total cost of the project including the cost of installation and transport was Ghc14,790.

The intervention by the revered former Judge follows many media reports about the plight of Hlihadzi CHPS Compound constructed with mud material by the Community in 2017 in their quest to have access to health care to stop needless deaths of pregnant women in the area.

The facility serves 12 Communities with a total human population of about 5,000 predominantly peasant farmers and fishers.

The lack of Electricity in the community was affecting the smooth operation of the CHPS facility.

The only Community Nurse at the facility Moses Ghankey told Kasapa News, he used torchlights to conduct deliveries and take care of critically ill patients at night.

Apart from this, immunization exercises were greatly affected due to the absence of a refrigerator to keep the vaccines.

Ghankey said he, ferried about an hour after every round of immunization on the Afram River to Ekye Amanfrom a nearby Community connected to the national grid to refrigerate the vaccines and return the next day or two to continue the immunization exercise.

For this reason, he was unable to cover many children under his catchment area.

“This is very important intervention to us, we thank Justice Emile Short for coming to the aid of the facility. It is going to boost healthcare for the people particularly pregnant women.”

Ghankey, however, appealed to other Philanthropists to help the community construct a bungalow for staff willing to work in the Island Community.

“Because there is no accommodation nobody is willing to work here. I am the only health worker who accepted posting here in 2018 and since then I have been sleeping in one of the small wards in the facility so I am appealing to Philanthropists to help us construct bungalow for staff. I believe it will encourage many to accept posting here to support me,” he said.