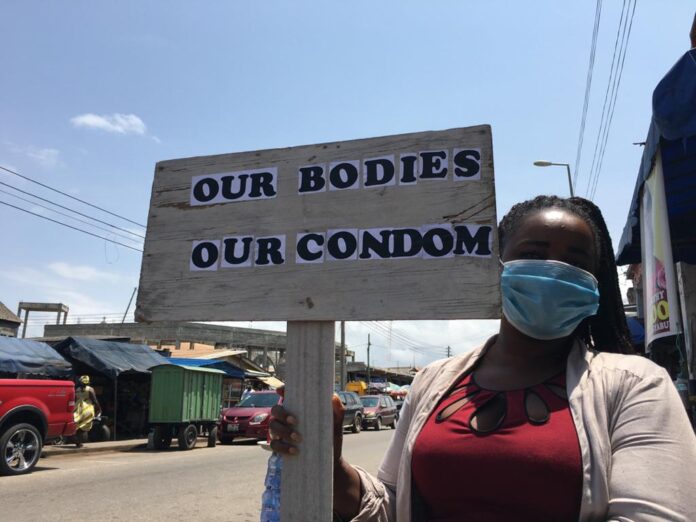 According to the latest report of the World Economic Forum (WEF, 2017), in the field of health and safety, women do not get enough knowledge about their options when it comes to sexual protections.

While Africa and the world as a whole have seen progress towards gender equality, there is still a large gap and sadly, it may expand in areas such as health and survival.

Gender inequality in sex acknowledges that men and women are not equal and thus do not have equal choices and preferences when it comes to sex, which indicates that gender affects the sexual experience of an individual.

In accordance with a new study by the Shout Africa Foundation (SAF), a public health foundation in Ghana, men between the ages of 18 and 35 are more likely to have sex than women between the same ages. Gender disparity is viewed differently across cultures and in Ghana, gender is a divisive subject that hardly favours women.

Sex education is not encouraged in our families, schools, and even in churches. The culture labels women who explore their sexuality as strumpets, prostitutes and unethical. It therefore naturally affects how African women react or open up to sex and makes it less likely for a sexually active girl to talk about her sexuality as a result of stigmatization against women who take part in sex.

Women often find it difficult to initiate or communicate their sexual desires or problems, even though they are vulnerable to gender abuse. This obviously gives men the upper hand in the planning and initiation of intercourse, while most women are caught unaware, but often persuaded to participate in sexual activity all the time.

The National Survey of Sexual Attitudes and Lifestyles (Natsal) conducted three studies of sexual preferences in 1990, 2000 and 2010. It turned out that condoms were becoming more common over the decades, especially among men. The Shout Africa Foundation (SAF) has collected data from a hundred pharmacies across Ghana and all pharmacists reported that men buy more condoms than women at a very significant margin.

Upon further study, most single women said that they felt awkward purchasing condoms from the pharmacy. Is this a case of women who are not made to want sex more than men or discomfort is caused by the pressure that society imposes on a woman purchasing a condom to engage in sexual intercourse.

Many products are for women only, such as sanitary napkins, tampons and pantyliners, menstrual cups, period socks,sponges etc. There is, however a disturbing shortage of women’s condoms in the country. One in 100 pharmacies or shops may not have female condoms and the reason given by the pharmacists was clear, nobody asks for it.

According to the SAF study on how the lack of advocacy for female condoms is due to gender discrimination, people barely ever hear about female condoms in their daily lives compared to male condoms that are heavily marketed by various brands on TV, radio and social media. This is due to less education, advocacy and promotion of female condoms. Women are however limited in options when it comes to their sexual protection.

Another point worth looking at is the misleading myths about female condoms. Seventy-four percent of the women SAF interacted with had heard female condoms could be uncomfortable and complex to use. Twenty-five per cent had heard nothing about it and about one perfect heard it is easy to use. Though none of the women confirmed that they were the actual users of female condoms. Can this then be claimed as a consequence of gender inequality in the area of safe sexual practices?

Male condoms also face resistance from a lot of people. Back in the days,there was low patronage and support because of the negative stories around it, however, years of public education and activism have resulted in increased recognition and use. Perhaps we should give female condoms an equal chance as well.